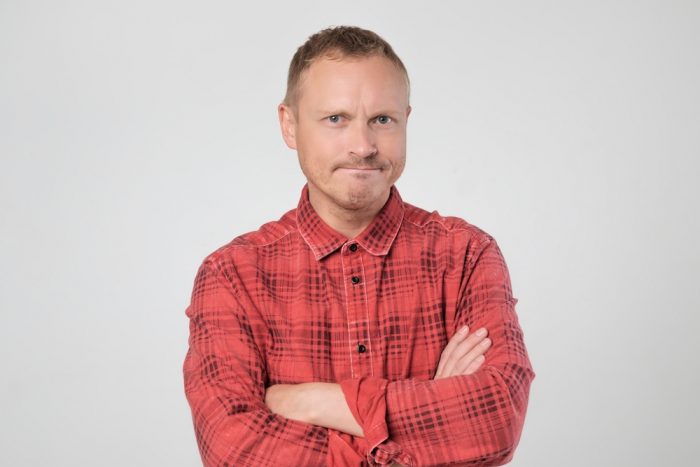 DESPITE extreme pressure from dog lovers in his circle of friends to admit that he at least like pugs, sure what could be wrong with pugs, local man Eric Smyth is sticking to his guns; he just does not like dogs.

“But look at this video on Twitter of a dog who can’t quite catch a tennis ball,” urged one of his friends, as Smyth sweltered under the hot beam of a spotlight, the sole source of illumination in the dank cellar where he had been interrogated for the last few days.

Again, Smyth would not budge.

“I’m more of a cat person”, he offered, before being struck hard across the jaw.

Awakening some time later, the 32-year-old Dublin man found that his tormentors had brought in a Maltipoo puppy, which was sniffling at Smyth’s feet.

“We’re not talking, like, pitbulls here” said a voice in the darkness, possibly Smyth’s sister Briege.

Smyth regarded the tiny animal and shrugged and admitted that yeah, it was cute, but with that being said, he wouldn’t want one in his house, and could someone please take it away before it pissed on the floor?

The beatings continued, and the dog did indeed piss.