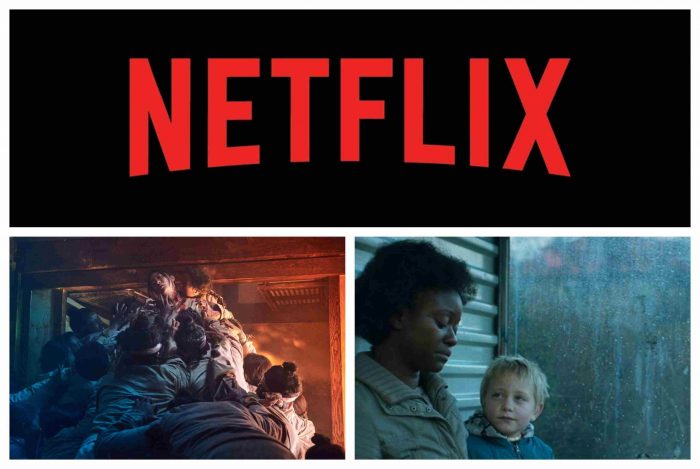 EVER feel overwhelmed by the flood of new releases dominating your home screen on Netflix?

Don’t worry WWN Culture is on hand to sift through everything and recommend the very best the streaming giant has to offer this January.

Go on, it’s right there, just a few steps from your couch. The acclaimed human experience, which is renewed for a new season year after year is probably infinitely better than 6 series of that ‘miserable fuck-stool of a dour main character is bad, gets badder, becomes the baddest and remains bad until the end’ big budget drama nonsense you’re eyeing up, that isn’t rewarding in the slightest. You can break this cycle.

Talking, speaking, laughing, touching, embracing. The critics have been raving about it ever since humans made the evolutionary leap toward cognition and sense of self. Netflix tried to buy the rights to it awhile back but it remains on a non-internet streaming platform called life. Honestly, there is more to life that sitting with a zombie like look on your face, idling the hours away.

A period piece set in 1800s Korea with fucking zombies? Alright, we’re in. And hey maybe the main character is a dude who is bad, and he just sorts keeps getting worse through dodgy decisions and actions until he’s unbearable, and the whole thing is a real slog to get through and just overall really, really super depressing. This sounds fucking awesome. Not getting your hopes up but it probably has some nudity in it too.

No. You can do this. We can do this. You can have a life that isn’t just being endlessly caught in a loop of bingeing and bingeing. Then talking of nothing but bingeing TV shows with friends and work colleagues. Imagine that. Imagine…imagine reading a book. Or, fuck, going to a play. You can do it. You can be more interesting than being the person who lists off TV show after TV show. The average life expectancy is what, 70 years? A few more than that? You’re wasting your time on Netflix, go on, get out their and live.

Ok, well, let us know if that zombie one is worth watching. We’ve heard that Dumpin’ movie is a bit of craic too. John in work is mad for Ozark, but we don’t like getting into a new series before we know it’s definitely worth watching, ya know? Says here that zombie one is only 6 episodes, that’s a nice amount, then you could watch that ‘You’ one which Netflix is forcefully shoving down your throat there.