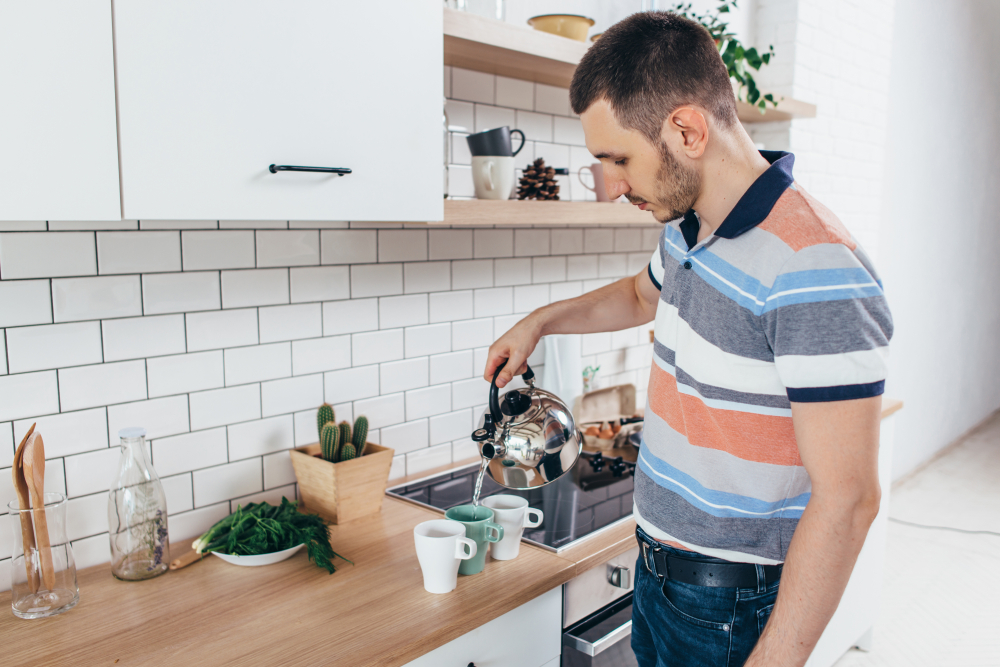 THE LATEST study into the tea habits of the Irish population has discovered that stress can increase by as much as 76% when making someone else’s tea.

Discussion surrounding how people ‘take their tea’ makes up the majority of Irish discourse with people occasionally breaking from such discussions to talk about the weather, or the GAA.

Monitoring a test group of several hundred tea lovers, a Lyons commissioned study allowed scientists at TCD to find that stress is clearly present when people are making tea for friends and family, such is the ferocity of Irish people’s scorn after having tasted a cup of tea not made to their liking.

“The stress is akin to the stress you’d feel while doing the Leaving Cert at the exact same time as doing your driving test, you just wouldn’t wish it on your worst enemy,” lead researcher and Teaologist at TCD Dr. Eva O’Brien explained to WWN.

“When making tea for yourself, you’re in control, you know exactly what you want. But once you’re making it for someone else and they mention ‘a touch of milk’, ‘a dash of sugar’, ‘oh, I have it as strong as Arnold Schwarzenegger’ or ‘as weak as a newborn lamb’, subjects began sweating profusely while their teaspoon hand shook uncontrollably – the poor craters,” Dr. O’Brien added.

A number of stress easing elements , which included always using the person’s favourite mug, favourite tea brewer and a ‘fancy spoon’, introduced into the Lyons Testing Lab testing did seem to reduce stress.

The study has echoed through the highest echelons of Irish society as it is believed the government will roll out an awareness campaign for tea drinkers, urging them not to go so hard on a friend if they put a smidgen too much sugar in their tea or have the temerity to place it in ‘funny shaped mug’.

“Sure, people are passionate about sport, about their favourite band and achieving world peace, but it’s nothing compared with what way they take their tea,” concluded Dr. O’Brien.