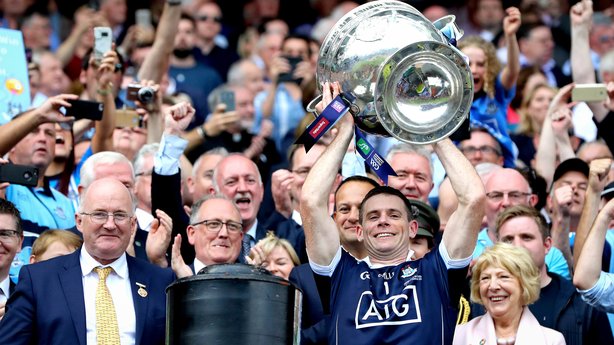 THE capital headed to bed early last night following the Dublin senior team’s fourth consecutive All-Ireland GAA victory, with most fans admitting there was no real cause to stay out celebrating due to the novelty of being champions wearing off.

The Dubs comfortably scooped the game’s top prize by beating Tyrone 2:17 to 1:14, in what was described as less of a ‘clash’, and more of a ‘routine trophy awarding’ as thousands of Dublin fans in attendance just sort of nodded along, only looking up from their phones every so often to see how far they were ahead.

Trapped in ennui, the Dublin team headed off early with the Sam Maguire as RTE played the trophy presentation from last year, with Stephen Cluxton admitting that he ‘didn’t know what more else there was to say’.

“Fair play to Tyrone all the same,” said another, trying to make it sound as convincing as he could.

“Same time next year?” sighed another season ticket holder, in anticipation of next years historic five-in-a-row victory, and six-in-a-row in 2020, seven in 2021, and so on.

“Not these fuckers again,” sighed a kid in Temple Street, as the Dublin team showed up with Sam this morning for a ‘surprise’ visit.

Meanwhile, the other county teams have settled on a plan of action for next year, which will not involve changing their style of play to emulate the success of the Dubs, but will focus instead on griping about how one team being better than all the others ‘isn’t fair’.