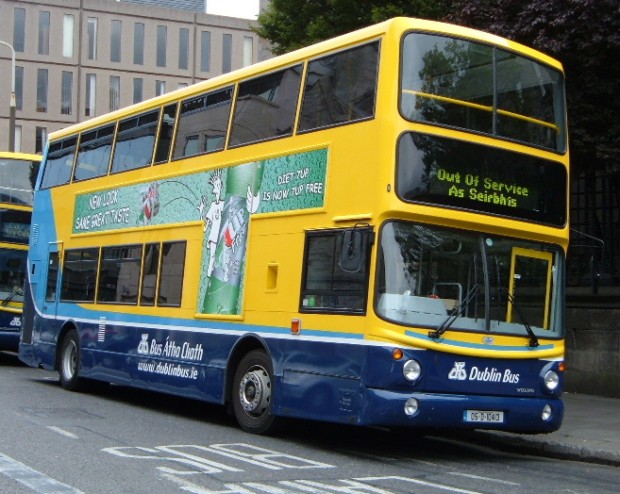 THE NEW revamped Dublin Bus service which will see a quicker more efficient transport network serve the city with a more efficient fare system being introduced without any hiccups whatsoever, if previous experiences of big public projects in Ireland is anything to go by.

Now that the plan, long needed and proposed after consultations with leading international experts in city transport systems, is set to be implemented it is presumed absolutely no one will object or stonewall the introduction of a new era in Dublin transport.

The proposals will absolutely not be derailed by a local politician kicking up a fuss and forcing changes because he wants to win some pensioners votes in his area.

“This will transform Dublin’s transport network and potentially benefit the vast, vast, majority of Dubliners but obviously it’ll never happen because the drivers will strike wanting more pay, someone will challenge it all the way to the High Court, and ans endless string of TDs will be acting Billy the big bollocks hoping to get a bus stop moved 4 inches to the right,” explained one expert we spoke to.

Many commuters have also complained over the news that in order to get from A to B they may have to switch buses, with many more stating ‘no, I don’t like that’ after learning the number bus system will change to lettered buses such as route A, A1, B and B1.

“It’s shit like this is why we can’t have nice things,” confirmed the transport expert after learning of the 23,345 formal complaints from people who don’t use the bus and haven’t read the proposals.

Dublin Bus confirmed no matter the advance in bus technology or changes in the transport network your bus will be stuck at ‘5 minutes’ on the real time notification system.