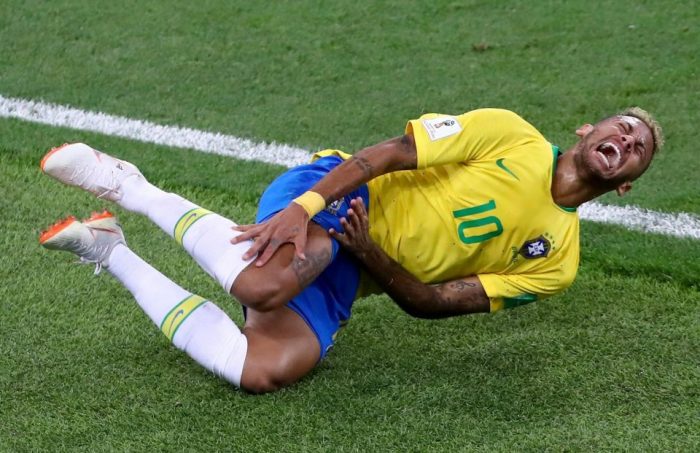 Undoubtedly the biggest story of the tournament so far, the holders Germany crashed out of the World Cup with a loss to South Korea, a team who didn’t seem to be aware of the fact that it’s written in FIFA rules somewhere that Germany must get to at least the semi-finals of every World Cup.

The afternoon fixtures had fallen into a similarly boring pattern of the dire France v Denmark game until Sweden scored against Mexico, and Germany continued to insist on playing in slow motion against their opponents thus setting themselves on a collision course with football fans’ schadenfreude.

Mexico meanwhile were doing their best to throwaway the chance of playing in the knockout stages by losing 3-0 to Sweden, TV cameras showed Mexican fans in the crowd going through the 7 stages of grief before adding another 56 stages to the process as they watched on, contorted in horror before the final whistle brought news that ‘holy shit, the Germans bottled it’.

Mexico’s bacon tacos were saved thanks to a truly awful German performance which concluded with Manuel Neuer, regarded by many as the best sweeper keeper in the world, galavanting upfield with the ball before displaying the sort of deft touch more closely associated with Harvey Weinstein.

The evening kick offs would have a hard time matching the high drama of the afternoon but the evening did bring another example of a Brazilian side growing in confidence.

British diving sensation Tom Daley has named Neymar as his new technique coach as he bids for gold in Tokyo 2020.

After completing more rolls than a Cuisine de France production line, Neymar finished on the winning side as Brazil beat Serbia 2-0 to top their group.

The other evening’s game saw Switzerland advance after drawing with Costa Rica. Obviously no one watched this match, but look it finished 2-2 all, that’s your summary done there.

Over on RTÉ’s pundits Damien Duff, Keith Andrews and Richie Sadlier struggled to properly analyse all 47 of Neymar’s dives as the impressive big screen they stand around didn’t work properly. It is believed the issue was caused when RTÉ diverted all power to the RTÉ Player so viewers on the app could watch the coverage in lowest definition picture quality available, similar to those dodgy DVDs of films clearly filmed on a Nokia 3510 in an Indian cinema somewhere.

Elsewhere, it’s all kicking off on Love Island.

Else, elsewhere, FIFA president Gianni Infantino has appealed to people delivering payments under the table that they don’t literally have to be delivered directly to him when sitting under an actual table. They can just be wired to a secret account FIFA’s accountants should have forwarded onto you already.