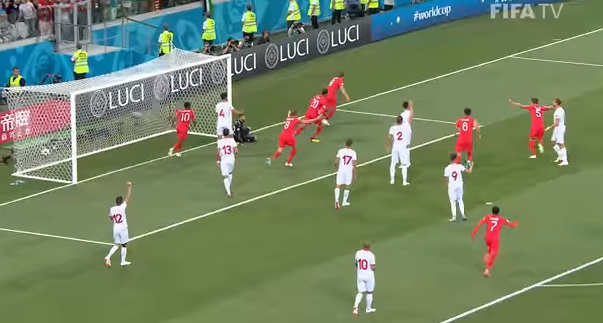 IT was a disappointing day for fans of laughing uncontrollably at the misfortunes of the English football team as Harry Kane’s late winner helped his team get off to a winning start.

Those concerned that the lack of a colossal fuck from England could bring an end to the merciless mocking of the English media’s grand sense of smug self-importance have been asked to just keeping watching Brexit as it unfolds for all your comedy needs.

There has been considerable concern expressed in some circles as many Irish soccer fans have said they are finding it quite hard to outright hate an England team and manager who seem inoffensively down to earth and modest. These Irish fans have been sanctioned by the FAI (Fans Association of Ireland) and given 12 Tiocfaidh Ár lás and 5 Come Out Ye Black And Tans for their sins.

Midges were a constant thorn in the side of the English players, with MI6 confirming the flies were a Russian government plot attempting to interfere in England’s World Cup campaign.

It’s not all bad news for the Tunisian players after their grappling and pulling down on English players was witnessed by UFC scouts, resulting in several players receiving contract offers from the MMA outfit.

Sweden triumphed against South Korea by a single goal in the early kick off. Prior to kick off South Korea had said they tried to confuse Sweden by having their players train with the wrong jerseys on as ‘they think we all look the same’, however, the tactic failed as such clever practices only work if your team isn’t very bad.

Sweden engaged in a turgid defensive display so heavy on time wasting and had no penetration whatsoever that Martin O’Neil was seen in the crowd crying with joyous admiration.

In the other game, Belgium put three passed the plucky Panamanians with Dries Mertens’ goal continuing the trend of technically gifted players absolutely hammering the fucking ball into the net.

The ultimate underdogs, Panama’s fans celebrated being penned in for the entire game as if it was like winning the Euromillions.

Today Colombia make their bow in the competition, delighting pervy TV cameramen everywhere as they will spend the entire game scanning the crowd for attractive Colombian women. And in the evening kick off Russia take on Mo Salah’s gammy shoulder.

FIFA president Gianni Infantino is said to be mulling over options for generating extra revenue for FIFA, confirming he has not ruled out selling the ball boys to Qatar in a bid to provide the World Cup 2022 hosts with a starting eleven.