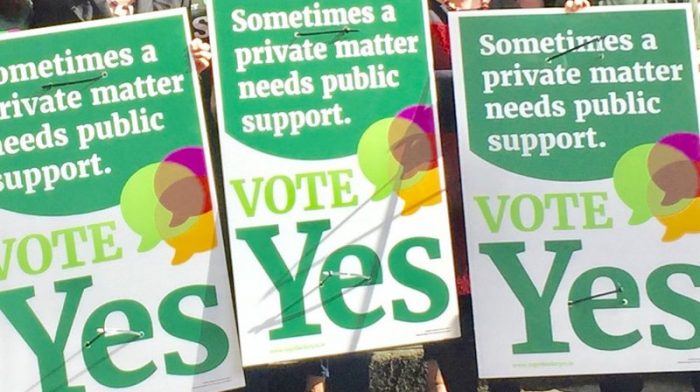 IT’S ABOUT TIME! Plucky little Ireland has now joined the big leagues with the news that several fundraising pages belonging to various Yes campaign groups were hit with a DDoS attack from within Ireland.

America’s 2016 elections had alleged Russian hacking, Britain’s Brexit referendum had the same and now Ireland has a sexy little threat to the democratic process all of its own, and its a local source, homegrown one to boot!

Irish elections have finally caught up with the 21st century in recent weeks after pro-life US groups spent large sums of money targeting Irish voters using misleading adverts, prompting Google and Facebook to do the Dáil’s job for them by trying to prevent such things from happening, but this steamy hacking incident has really got everyone hot under the collar.

“Wow, honestly, I never thought Ireland would have dedicated people trying to hack into websites and crash them so one side, the Yes campaign, couldn’t access its own funds, but it’s kind of cool right? Like a film or something you’d see on the big US news,” enthused one voter who loved all the intrigue and subterfuge surrounding people based in Ireland committing criminal acts also seen in other high profile votes abroad.

“Oh shit, that’s mental,” remarked another potential voter, who is now only sort of getting interested in the upcoming referendum thanks to this hacking attempt, “this is spy movie shit, awesome!”.

“Eh, big deal, so someone or some group successfully hacked and brought down funding pages in an Irish election because they see nothing wrong with breaking the law in their attempts to make sure the Yes side doesn’t win. I can’t believe the media are even reporting on it. You think that’s bad, I can’t even place an ad with an aborted foetus on YouTube that I would intentionally target at young children,” explained a No side spokesman, pointing out how the two things are definitely equatable.