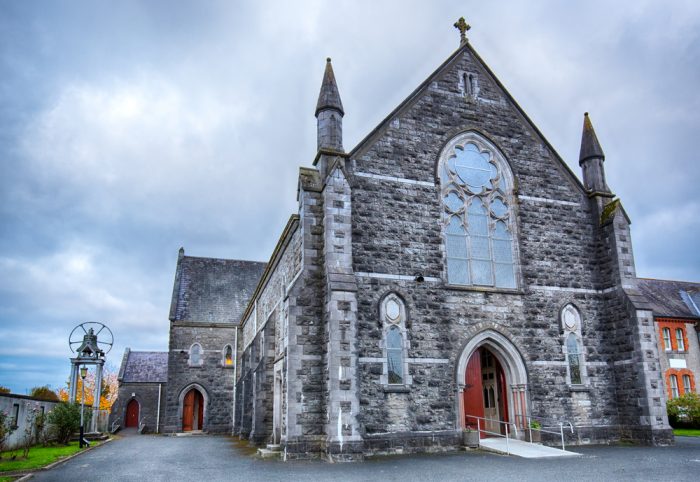 A GROUP which turned living, breathing children into an economic commodity by deriving profit from the illegal sale of actual children to couples in America has criticised people’s decision to vote ‘Yes’ in the upcoming referendum, with one Bishop declaring it ‘morally wrong’.

The Catholic Church, which have stated it is ‘morally wrong’ to vote ‘Yes’, forged the signatures of mothers in Mother and Baby homes so the Church could be paid for allowing walking, talking children in their care to be used in vaccine and drug trials.

It is unclear if the illegal adoptions of children in Mother and Baby homes, who were in excess of 9 months old, to couples in America in exchange for cold, hard cash is considered as ‘morally wrong’ as voting ‘Yes’ due in large part to the fact the group seems unwilling to talk about the illegal adoptions. The group is similarly unsure if evidence which suggests the falsifying of death certificates could have been carried out so they could sell children illegally is as ‘morally wrong’ as voting ‘Yes’.

The prominent organisation also aided in the concealment of the rape of children and the abetting of the priests who carried out the sexual abuse of thinking, feeling children by relocating them to other parts of the country where they continued to rape and abuse children. It is unclear whether the group thinks this is a greater ‘moral wrong’ than voting ‘Yes’.

Some of elements of the group which is largely exempt from corporation tax, capital gains and capital acquisitions tax have failed to pay compensation to victims of sexual abuse, often stating its displeasure at having been found financially responsible for moral wrongs not nearly as bad as voting ‘Yes’.

Evidence has been found which suggests the Church, while operating the Mother and Baby home at Tuam, was found to be asking parents for money for the upkeep of some children that had already been discharged or had died. However, this same group would like you to know it is ‘morally wrong’ to vote ‘Yes’ in the upcoming referendum on the repeal of the 8th amendment.