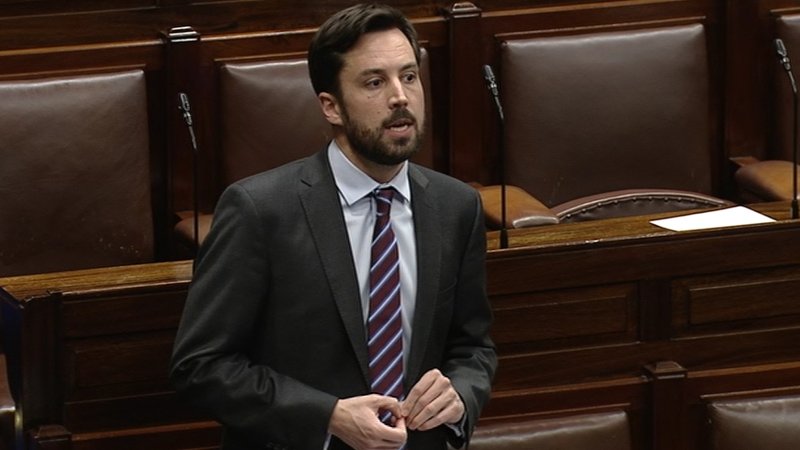 THIS week’s Minister for Housing Eoghan Murphy has called on Ireland’s homeless community to huddle together ‘real tight’, ahead of exceptionally cold weather which is forecast for the next week.

Speaking with his mouth, Mr. Murphy pointed out that hugging reduces the surface area of your body being exposed to the cold air, advising that the more homeless people that hug together, “stay alive together”.

“It’s simple science,” he explained, “the surface area of their bodies is constant, but when you place one homeless body in contact with another by hugging, that part of them is no longer in contact with the cold air, saving them from certain death”.

“The best way to do this is to hug real tight, like your life depended on it,” he continued, “it’s not gay or anything, so don’t worry about being judged like that, people will understand”.

Launching the €3.2 million media campaign to inform the homeless how to hug to survive, aptly called ‘Hug4Life’, the housing minister unveiled a large billboard depicting two blue skinned homeless men with icicles protruding from their facial hair, embracing on a snow covered park bench, which will be one of 10 info-billboards erected around Dublin city later today.

“We can’t make it any clearer than this,” he added, looking on proudly at his department’s creation, “there’s something beautiful about this image, that would make you want to be homeless yourself”.

Following the latest move, homeless figures are expected to drop dramatically during the cold snap.