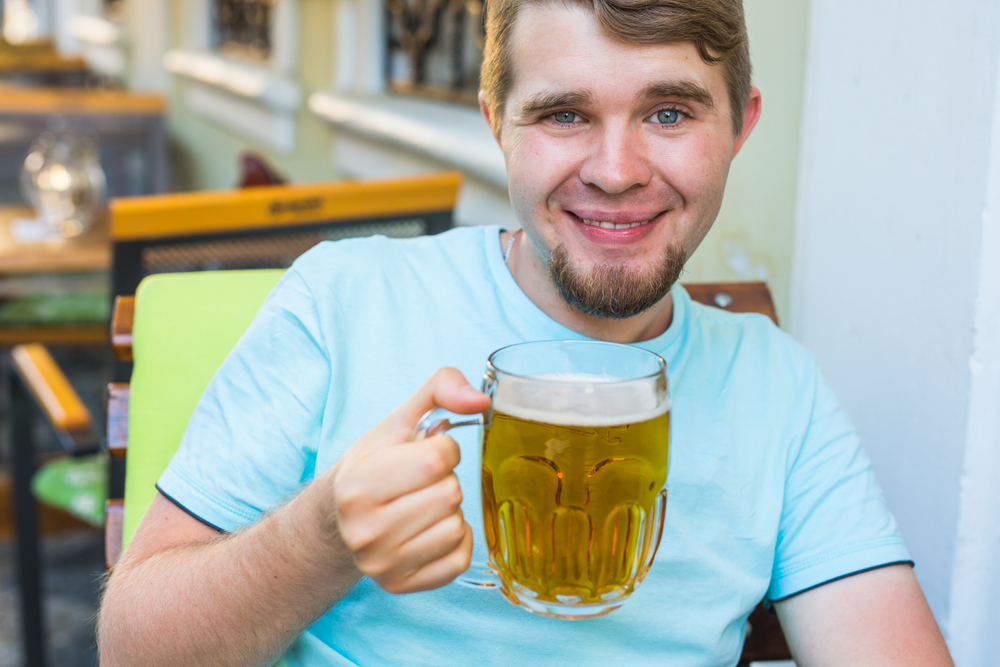 “IF you’re asking me why I’ve suddenly turned this simple, normal night out into Ocean’s 11, then I don’t have an answer for you,” said Peter Cannaghan, his eyes never moving from the pint glass in front of him, still containing at least half of his pint of Hop To It, a new craft lager that the barman in the Crowing Donkey had just served him.

“But all I can tell you is this. I don’t know how, but that pint glass is coming home with me this night. It’s going to take every single one of my pint glass robbing skills, skills that I have not used since I was a student, but mark my words: I’m drinking my orange juice out of that thing in the morning”.

Cannaghan, 38, knew he wanted the pint glass the moment he saw it, his mind filling with a desire that he hadn’t known since the first time he saw the sweet Guinness pint glass with the swirl that ran from top to bottom, or the very first widget-enabled Harp glasses in the late nineties.

With his mind set on robbing the glass to rebuild his collection once again after it was massacred by his wife Lena when they moved house, Cannaghan spent the last half hour ignoring what his friends have been chatting about, opting instead to ‘scope out the bar’ for possible exits, keeping an eye on the bar staff to make sure they don’t notice the glass missing, and being extremely vigilant so that the lounge boy doesn’t lift it off the table when Cannaghan nips out for a slash.

“Why the fuck did I wear the little jacket tonight?” Cannaghan cursed himself, imagining how easier this whole heist would be if he was wearing his winter jacket with the deep pockets.

“If only I could convince Lena to put it in her handbag when we’re going, but she’d freak out. I can hear her now ‘oh, what do we want a dirty pint glass in the house for, they don’t even fit in the dishwasher…’ are you kidding me? Look at the thing! It’s got textured hops running up the side of it! It’s got the logo embossed in dark emerald! It’s the coolest pint glass I’ve ever seen. It’s going up my shirt and out the door, if it kills me”.

UPDATE: When last we heard from Mr. Cannaghan, he had successfully managed to tuck the pint glass under his arm and smuggle it out of the pub by draping his jacket over his shoulder, but unfortunately let it drop and smash when he waved for a taxi.