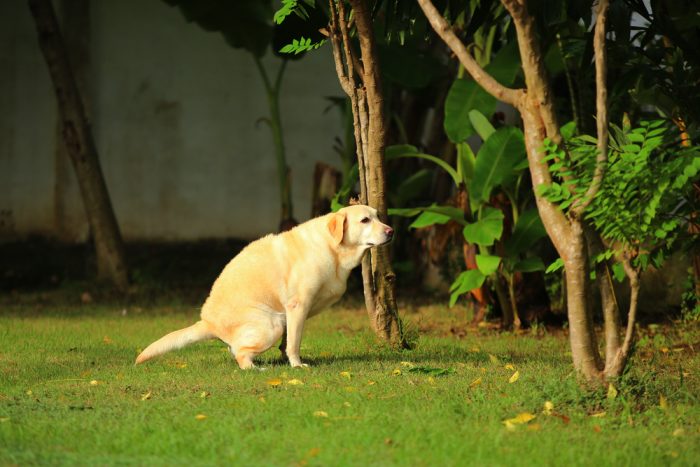 A LOCAL WATERFORD dog out on a walk with its owner has confirmed yet again that only the finest patch of earth will do, when it comes to squatting down and defecating in public, WWN has learned.

Toadie, a 5-year-old Labrador with an address in the kennel area of its owner’s back garden in Tramore, confirmed to WWN that although he begins sniffing the ground as soon as he begins his walks, he is happy to spend upwards of 30 minutes before finding a satisfactory depositing zone.

“Not everywhere is worthy of my mess, and you know, maybe I’m a bit shy and don’t appreciate her staring at me as I do it, it’s creepy,” confirmed Toadie, as he crouched down as if he was ready, before deciding to keep on walking, much to the frustration of his owner Brona Collan.

“Fuck sake Toadie, just fucking do your business already I even remembered the plastic bag this time,” Collan confirmed while repeating the words ‘just have a shit ,will ya?’ over and over again.

Despite the gentle encouragement of his owner, Toadie explained that he doesn’t just share his shit with any old piece of grass.

“Look, I get it can be annoying, but it’s like they say ‘you know when you know’,” added Toadie, now sniffing furiously at a lamp-post, “and I don’t think I should be shouted at just because I put more thought into where I shit than Brona does into choosing who her next train wreck of a boyfriend will be.”

“This is the one, all systems go,” Toadie barked before parting with a particular impressive poo, even for a dog of his considerable size.