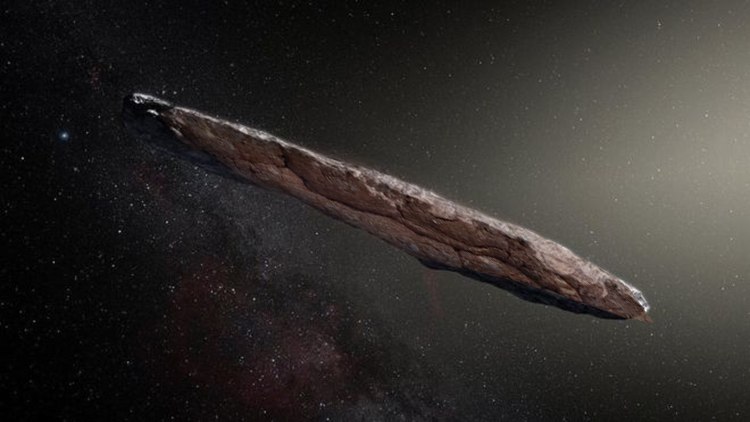 AN OBJECT previously thought to be an asteroid from interstellar space has been downgraded to being just ‘God’s turd’ following an extensive study by scientists at NASA.

Discovered on the 19th of October, the object’s speed and trajectory strongly suggested it originated in a planetary system around another star, but after further testing it was found the anomaly did not contain any rock or mineral, but instead thousands of tonnes of excrement, and could have only come from one source.

“The strange, 400m long, red turd has been wandering between the Milky Way for hundreds of million years, obviously after being flushed into space by the big man himself,” said Thomas Zurbuchen, associate administrator for NASA’s Science Mission Directorate in Washington.

The results so far suggest the shite is at least 10 times longer than it is wide, with experts in human faeces stating that it is a good, healthy poo, and that God must have a very good diet, rich in fibre.

“The consistency of the turd is quite firm and shows that God the Almighty eats well and probably leads a balanced lifestyle,” Dr. Kramer Kosick told WWN, “thankfully it will avoid earth when it passes through our solar system, as an impact with the turd could leave our planet up shit creek without a paddle”.

The object’s properties suggest it could have a high fibre conten, but lacks significant amounts of fatty oils, hinting that God may actually be a vegan. Its surface has been darkened and reddened by the impact of cosmic rays over millions of years and God’s poo probably doesn’t stink.