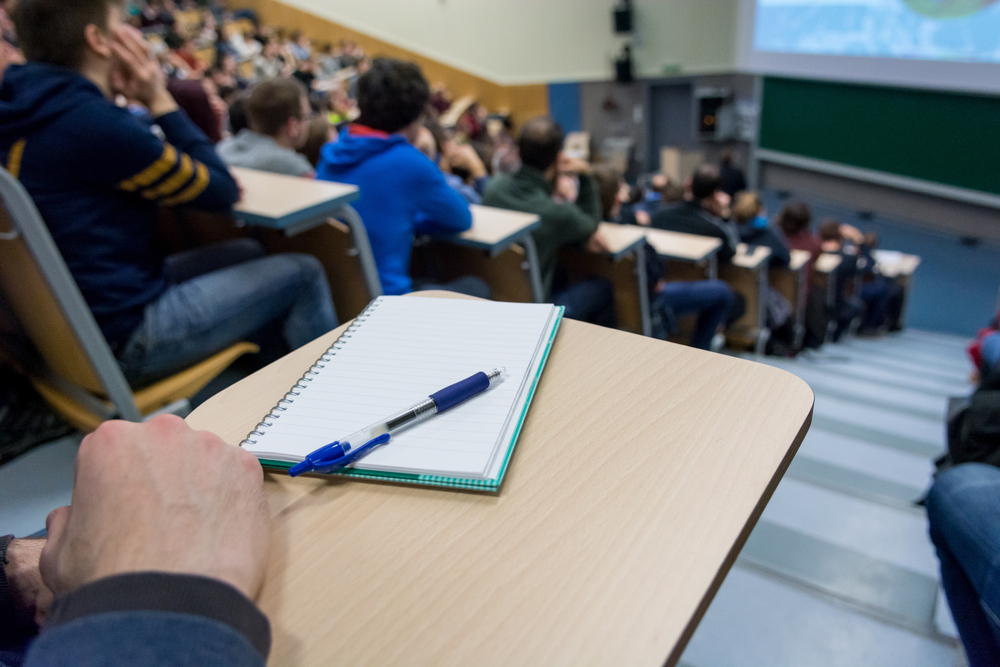 MUCH to your amusement, some fucking loser in the row in front of you is actually taking notes during a lecture, WWN can confirm.

In what will be the first of many Political Economy lectures you will attend during your very first semester in UCD, this dipshit in front of you has you cringing owing to the fact he, get this, has an A4 notepad and pen at the ready. At 9.30am.

“What a sap,” you remark as you nudge to the person sitting next while pointing at the student furiously writing down something the lecturer just said which probably won’t be on a test.

“Look, look, who am I?” you say as you make a series funny faces while scribbling a penis on a notepad.

Barely containing your laughter throughout the lecture due to the fact you know how stupid the student looks, and not just because he’s wearing a GAA jersey, you then momentarily feel sorry for him until you realise he’s also using a highlighter.

“Check out Einstein,” you write on a Snapchat of the hilarious incident, furthering the embarrassment of the person you have now nicknamed Nerdmaster General.

Finally growing tired of watching every stroke the loser’s pen, you head to the library to watch something on Netflix.