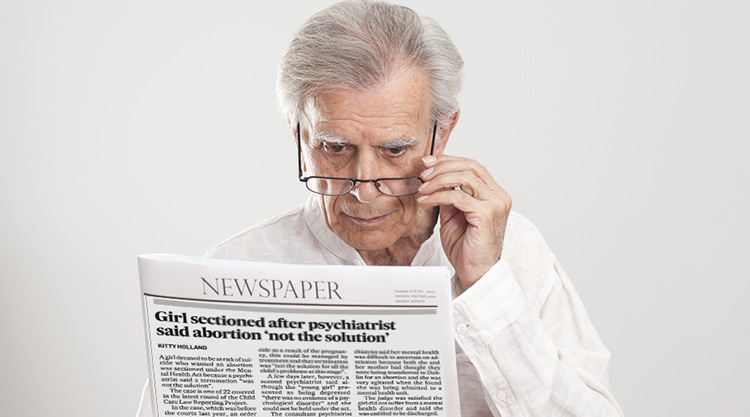 JOLTED out of the satisfying jeering with which many greeted the British election results and its continuing fall out, the Irish public was handed a gentle reminder of the country they live in via the front page of today’s Irish Times.

Still basking in the warm afterglow of having an openly gay man as leader of the country’s ruling political party, much of the public was now brought crashing back down to the reality of 21st century life in Ireland.

“Ah shit, I was enjoying the last few days,” confirmed one member of the public, who admitted to be being spoilt for choice in recent weeks when it came to laughing at and chastising other countries for their arrogant leaders, various inequalities and society-wide ignorance.

The harrowing case of a young pregnant girl finding herself sectioned under the Mental Health Act after being told by a psychiatrist that abortion was ‘not the solution’ has given many people the sort of pause for thought that they hadn’t felt since the last time something like this happened in Ireland.

“Yeah, fair cop, I had a great weekend out with friends having food, drink and fun. I had forgotten for a minute I don’t just live in that craic with my mates Ireland, I also live in this Ireland too,” shared another downcast citizen.

The sorrow-strewn pages of many of Ireland’s print publications continue to serve up daily reminders to the Irish public of the country they live in, despite many people’s continued objections.

“I prefer the sections of the news that are all dogs jumping on trampolines while a cool new free hug with a coffee cafe opens up outside that new tech start up’s offices if I’m being honest,” confirmed another member of the public, who has taken to avoiding these daily reminders.