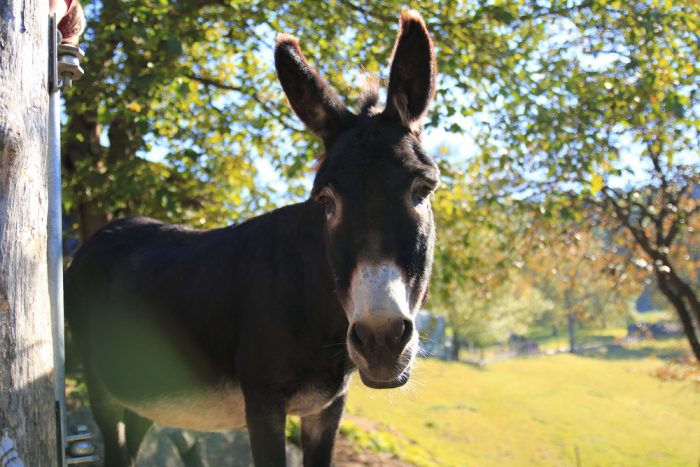 INCREDIBLY MOVING scenes today in the Ballybeg area of Europe as Daisy the mule, Ireland’s last fully operational mule bred to carry and transport drugs retired after 14 years of service with one of Waterford’s leading drug dealers.

Daisy had been in the employ of the Herdigan drug gang since 2003 but with the fast paced adoption of superior drug concealment technology in Ireland, the elderly mule will now get to enjoy her retirement.

“Me Da had one, and then when he handed the family business over I wanted to keep something from, you know, the good old days in Ireland so we kept Daisy on,” explained Jason Herdigan, in between spitting aggressively.

“The drug mule landscape has changed so much in recent years, while Daisy can carry a lot of drugs, she’s not as fast a 9-year-old kid and maybe back in the 60s it wouldn’t be the case but now she just stands out like a sore thumb. The guards know her too well. Also, to be fair there’s fuck all chance I’m getting her on a plane to and from Amsterdam,” added Herdigan.

The drug dealer is also considering employing fine young things as mules, citing the fact that the growing interest from the media and the possibility of spin off TV shows could do wonders for his brand.

There were considerable crowds in Waterford today who had congregated to honour Daisy, who is believed to have carried over 7 tonnes of illicit substances in her time as a drug mule.

“It’s a shame, so much of the old, traditional Ireland is being lost. A time we’ll never get back,” shared local Christie Gannon, now 88, who fondly remembered buying his first wrap from a mule when he was 7.