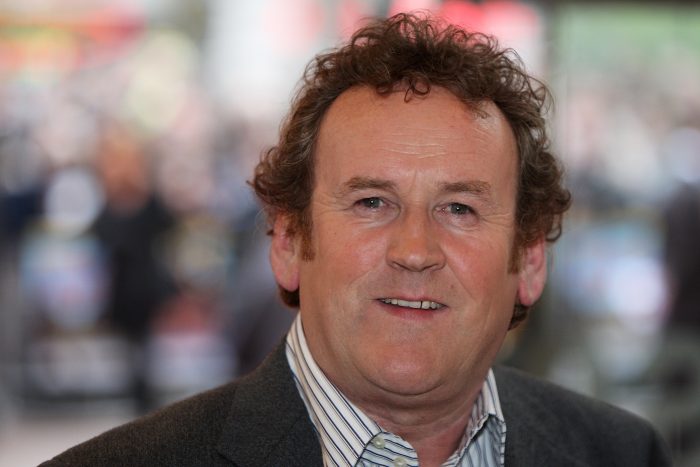 IN an emotional ceremony attended by high profile dignitaries and the Taoiseach, Colm Meaney was officially appointed to the office of the Nation’s Da.

Meaney, a renowned Irish actor and performer, is believed to have beaten Brendan Gleeson, Christy Moore and Liam Neeson to the title, and received the seal of his new office in front of hundreds of people in Dublin Castle earlier today.

Responsibilities in the post include being available to give sage advice to anyone in need of some fatherly wisdom, as well as services such as giving a bollocking to you when you know you are in need of one.

Once a month Meaney will be obligated to give you a lift home from work, school, or a nightclub if it is raining out, and if the busy Hollywood actor has the time it is believed he will try to bring everyone out once a year for a McDonalds and some ice cream after going to the cinema.

“It’s truly a great honour, and I will carry out my role with all the dedication I possess,” Meaney said at the ceremony.

Meaney will also take calls from his office on Monday mornings from 9am-12pm, and anyone looking to speak to the newly installed Nation’s Da will simply have to ring 1850-HOWIYA-DA.

However, a separate recorded message has been set up by Meaney which covers the subject of having your heart broken. The message, in which Meaney says “don’t mind him/her, he/she was only a bastard/bitch. You’re my sound/beautiful son/daughter, you can do a million times better, c’mere to me and I’ll give ya a hug”, can be listened to at 1850-CMERE-TO-ME.

The title of the Nation’s Da was previously held by Daniel O’Connell, James Connolly, Genghis Khan and Cú Chulainn.