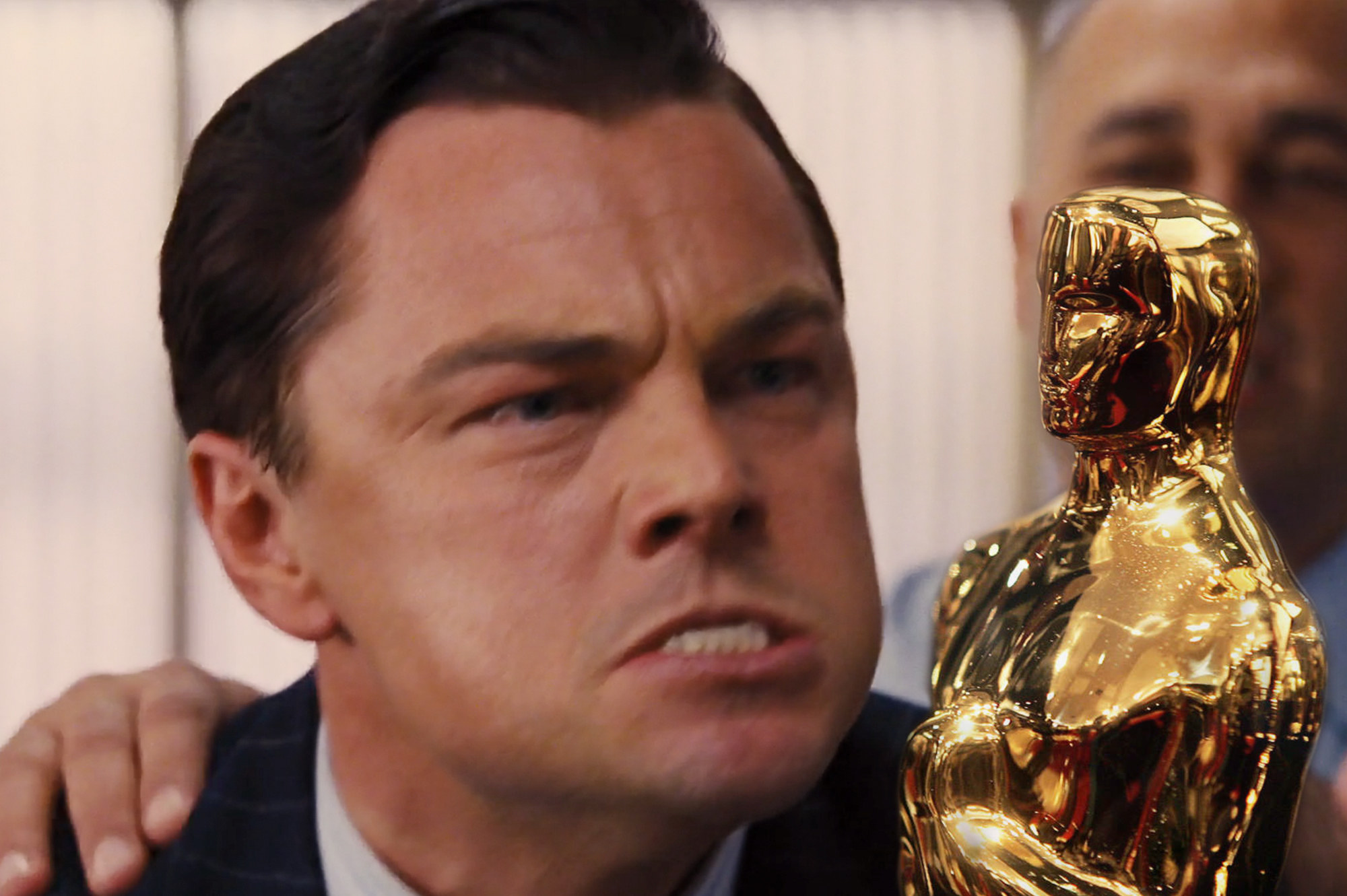 A HUMBLE Leonardo Di Caprio spent close to an hour on stage at last night’s lavish Oscars ceremony openly berating all those bastards who denied him an Oscar award in previous years.

Steadfastly ignoring the ‘walk off music’ which started up 2 minutes into his 58 minutes and 43 seconds long rant, Di Caprio briefly said thank you before declaring that this award was “about fucking time assholes, I’m Leonardo Di-fucking-Caprio for Christ’s sake”.

Di Caprio then spotted several Oscar voters who had open in the past about not voting for the Revenant star, prompting Di Caprio to unzip his fly and begin urinating in their direction.

While he achieved a strong and steady stream, the distance of 22 feet between the stage and seat was too far, with the voters only being doused in gentle sprays cast off from the main stream of urine.

Fending off as many as 6 members of security, Di Caprio then ripped open his shirt to reveal a tattoo of an Oscar award which took up the majority of his chest and torso.

The biggest chunk of Di Caprio’s acceptance speech took the form of a detailed power point presentation in which he dissected his performances in his previous Oscar nominated roles, explaining in excruciating detail why he deserved to win on each occasion.

Di Caprio concluded that while the vast emptiness in his soul had now been filled by the Oscar win, he would continue to date supermodels half his age.