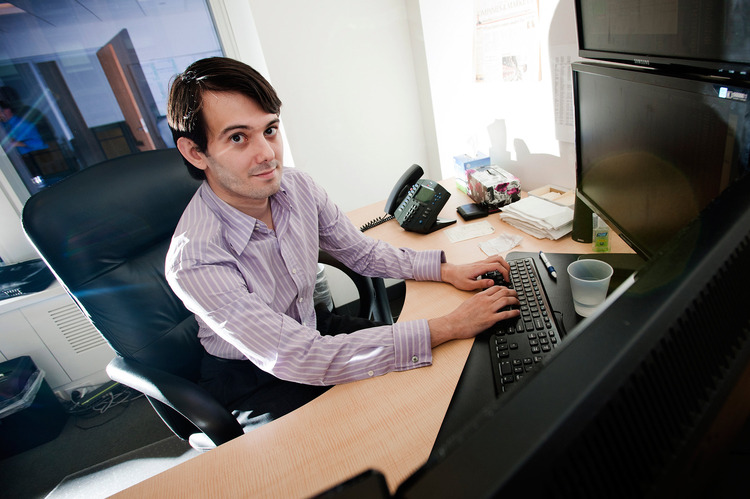 THE world has expressed its outrage after learning that a massive cunt has upped the price of a 62-year-old drug, Daraprim, which is used in the treatment of life threatening parasitic infection, shortly after purchasing the patent for the drug.

Head of Turing Pharmaceuticals, Martin Shkreli, increased the price of the drug by $736.50 allowing the media to unveil him to a public finally finished with tweeting their anger about a gun-loving American dentist.

“Massive cunt,” Twitter users tweeted in unison at 9.01am this morning upon learning of Shkreli’s business ploy, which is commonplace amongst countless companies whose business strategy is to purchase the rights to old drugs before positioning them as expensive specialty drugs.

The outcry on Twitter was much echoed by other social media platforms, including Facebook where users familiarised themselves with Shkreli’s face before confirming the venture capitalist was in fact a “massive cunt”.

“There’s been an overwhelming number of people taking to social media to momentarily assert their anger and honestly, there hasn’t been a more popular appraisal of this guy’s character than ‘massive cunt’. It is the go-to descriptor,” media expert Suzie Denim told WWN.

Shkreli engaged in several media interviews to defend the 5000% increase in price for a drug that is used to treat Aids and some cancer sufferers as well as malaria, explaining that the drug would be made more widely available than ever before to patients who require it, at a cost of $1 dollar to those who cannot afford it, under Turing Pharmaceuticals.

Further adding that the price hike would fund research into making a more effective drug than Daraprim, which would see several diseases and infections more effectively treated.

However the interviews were cut short by journalists who immediately called him a ‘massive cunt’, before terminating the interview.

Sources close to Shkreli are worried that he may face the same fate as other figures who have been treated to the full glare of the media and outrage of social media such as Mr. Kony 2012, and that woman who did that thing.