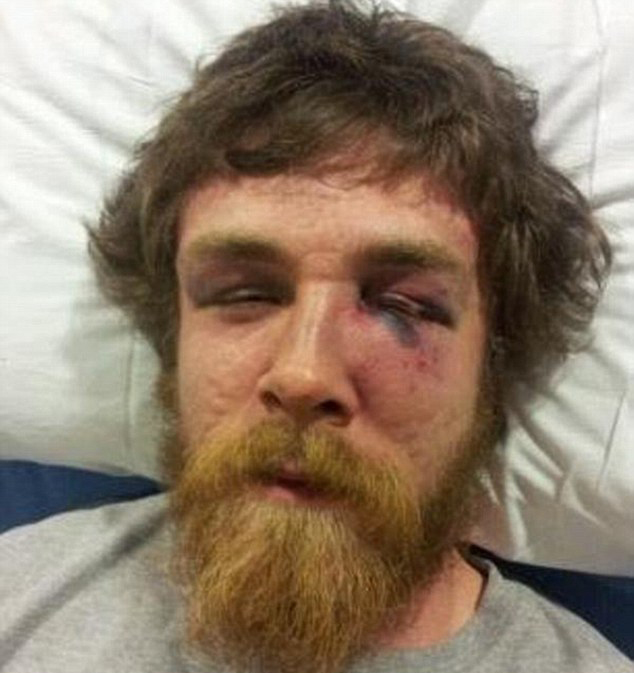 A MAN convicted of non-payment of his TV license was last night set upon by a gang of up to 19 people, sustaining serious head injuries which required treatment in hospital.

Edmund Carraher, 37, was among the 18,000 Irish individuals who served time in prison last year. Of those figures, 55% were imprisoned for short periods of time for failing to pay bills such as TV licenses or small fines.

Carraher has never apologised for not paying his €160 TV license, and the offence has been added to his criminal record for the rest of his life.

Having served his sentence of 24 hours in jail for the crime, Carraher has been vilified in his local community of Blanchardstown, much to the disgust of locals. Many believe that he should be taken back to prison and made to serve a longer sentence, as his crimes are clearly more of a danger to society than those committed by murderers, rapists, bankers or politicians.

Tensions boiled over yesterday outside the Blanchardstown outlet of Currys, where Carraher had been spotted brazenly looking at televisions. A group of locals gathered around him, dragging him into the car park and raining down blows on his head and body.

“They kept yelling, ‘are you going to pay for what you watch, Carraher, you scum’ while they beat him” said one eyewitness.

“He kept trying to run away, claiming he had paid his debt to society. But they stayed on him until the cops arrived and brought him to the hospital, as he was in an awful state. I’m not one for mob justice, but when you see criminals like that walking around as if they’ve never defrauded the national broadcaster out of a small amount of money, your blood does tend to boil”.

Like many of the 9,900 people jailed for non-payment of fines last year, Carraher may find himself forced to flee overseas to avoid mobs looking to exact revenge. Several Facebook pages and posts had been set up to warn people that Carraher may move to their area, urging communities to be cautious of him.