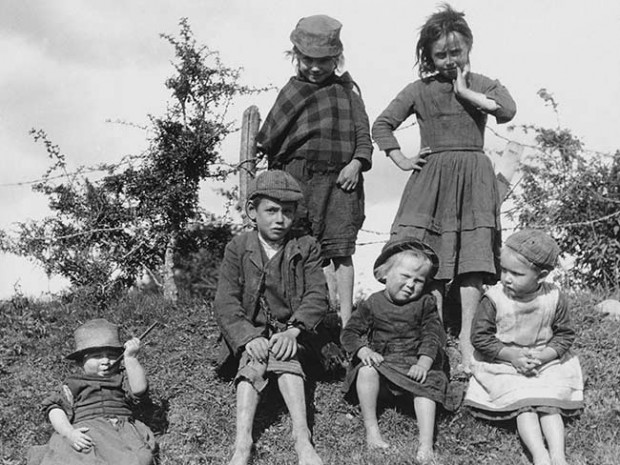 EARLIER this morning the Nation gathered together to fondly misremember the events surrounding the breaking of the Tuam babies scandal nearly a year ago, allowing for them to presume it has all been sorted out and everything is fine now.

“Oh God yeah, do ya remember that? Every bloody country in the world covered it? But, sure look it, the Government stepped in – in fairness and so we all know what happened, and justice has been served,” Wicklow native Alison O’Brien erroneously asserted when she accidentally remembered it was nearly 12 months since the story came to prominence.

The Nation’s positive assertion that at least such a disturbing passage in recent Irish history had been fully explored and closure given to the country sits in contrast to fresh headlines that reveal as many as 1,000 children may have been illegally adopted to the United States.

An apparent large scale human trafficking operation run by the church was brought to the attention of the HSE in 2012 with the possibility mooted that the church may have falsified death certificates for some children to facilitate them being sold to couples in the US, yet the Government took nearly another 3 years to act on the revelations.

“No, no, now I’m sure you’ve got that wrong. Sure that stuff is all done and dusted now and everyone is happy,” countered member of the public Roisin Cullen when told of the latest revelations.

“I’m just glad we don’t have this cloud hanging over us anymore, and ya have to spare a thought for anyone from Tuam. The name was synonymous with that awful stuff, but at least some good came of it and we’ve got all the full facts,” added Sligo plumber Martin Shields.

It is still unclear as to why the Nation falsely presumed everything has been sorted out, but it is speculated that it is simply an easier thing to contemplate than the possible reality of living in a society in which being held to account is as real as a bare chested Gay Byrne battling a unicorn in a fight to the death on the moon.

“I know it’s an odd thing to say, but I’m proud that once the whole sorry news emerged, Ireland showed it had learned from previous church perpetrated scandals against women and children and had the proper framework in place to bring about a speedy inquiry and everything was put out there in the public domain,” explained Dublin man Henry Caulfield incorrectly.

“This was 800 children we’re talking about, so we weren’t going to take that lying down, it was great to see everyone band together and secure justice for the voiceless, the dead, the innocent,” offered Cavan father-of-two Paul Collins.

Campaigners for the rights of children emerged in large numbers in the run up to the recent Marriage Equality referendum but it is believed none of them are banging down the doors of TV, radio and print publications in an effort to passionately discuss these shocking revelations at length.