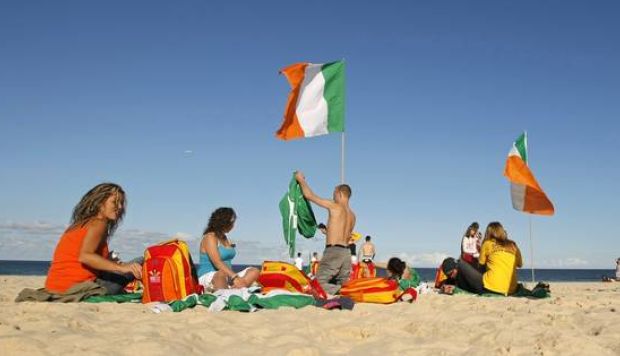 AUSTRALIA has deported 12 Irish citizens for not living up to their lazy and redundant stereotypes, WWN can exclusively reveal.

The Australian government had been informed by Australian media outlets that there had been a drop in readily available Irish people to patronisingly assign stereotypes to, prompting the deportation of 12 particularly well adjusted Irish people.

The 7 men and 5 women who were deported late last night have apparently spent the majority of their time in Australia earning money, not being named Paddy and contributing to society in a generally positive manner.

“It’s a disgrace, it’s becoming harder and harder to shoehorn in Irish puns that hint at an abusive relationship with alcohol since an increasing number of Irish people refuse to resemble a Punch cartoon from the 1800s,” explained chief Irish distorter for The Age Stewart Carnine.

A government official stressed her reluctance to deport the Irish nationals, but conceded a number of jobs were at risk.

“The media stood to lose a lot of readers if these law-abiding Irish people remained in place and we can’t put those jobs at risk,” the spokeswoman explained.

Australia deny the deportations are in retaliation to an Irish tabloid running a story with the headline ‘Tie Me Kangaroo Down Sport! Aussie Found Having Sex With Kangaroo Next To A Barbecue Comprising Mostly Shrimp’.