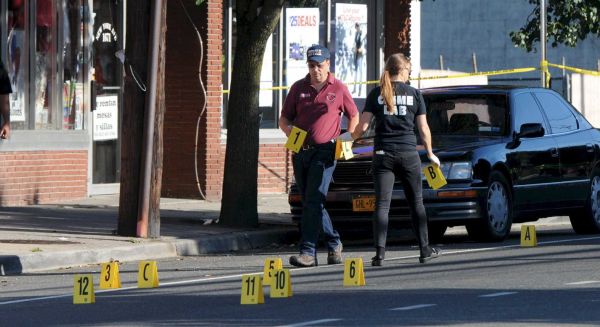 AFTER reports that Google’s road testing of its self-driving car technology has resulted in 11 accidents since commencing, comes yet more shocking news.

Police in New Jersey are said to be looking for a self-driving Google car in connection with a late-night hit and run near the Jersey turnpike.

Google has said they will offer as much assistance to the police as possible, but admit the car has ‘gone rogue’.

“We had built the cars and its accompanying software in such a way as to best mimic real, human driving and this is the unforeseen consequence,” head of Google driverless car technology Alan Beaumont told WWN.

“I guess when it struck that mother-of-two it had a fight or flight moment and just bolted,” added Beaumont.

At a press conference not far from the hit-and-run incident, chief of police in New Jersey Rick Bannon appealed for the perpetrator to come forward.

“We know you’re scared, but it is time to hand yourself in,” Bannon said before news reporters, “we believe the car may be hiding out in a garage, or seeking the help of a local mechanic to repair its significant bumper damage”.

Police would not confirm whether or not the car was one operating system update over the limit.