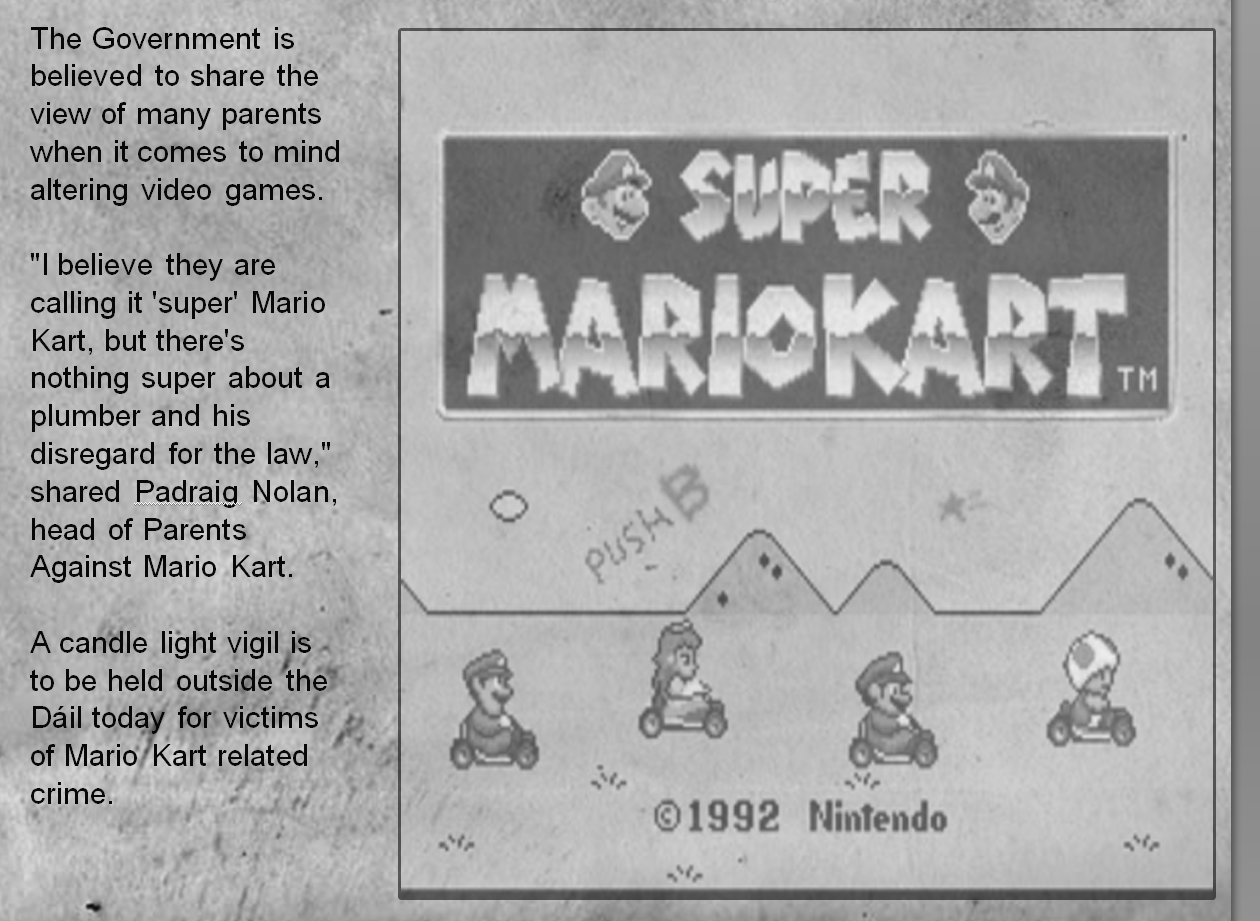 A GROUP of concerned parents have launched a campaign to see violent video game Mario Kart taken off shop shelves due to its link to hit and runs on Irish roads.

“I walked in on my Andrew hurling a bomb at a car on the TV,” parent Fidelma O’Brien told WWN, “now what’s to stop him murdering me in my sleep?

Anti-Mario Kart pressure is building after a man was arrested for a fatal hit and run, with Gardaí revealing when they asked the suspect ‘have you heard of Mario Kart?’ he responded shockingly with ‘yes’.

“There’s an undeniable link to dangerous driving,” explained Fr Ronan Shortt, “I had to throw my son’s Nintendo out after I found myself doing 31 on a 30 mile zone. Never played the game, but I could feel its influence”.

The Government is believed to share the view of many parents when it comes to mind altering video games.

“I believe they are calling it ‘super’ Mario Kart, but there’s nothing super about a plumber and his disregard for the law,” shared Padraig Nolan, head of Parents Against Mario Kart.

A candle light vigil is to be held outside the Dáil today for victims of Mario Kart related crime.