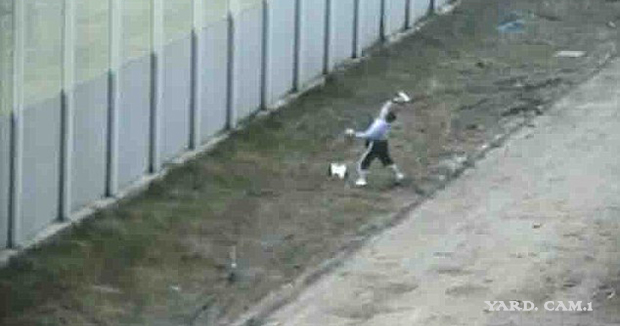 INMATES in Ireland’s most notorious prisons are being asked to kindly stop throwing narcotics over walls and fences after it was found there were now more drugs in prison than on the outside.

Prison security guards have admitted their hands are tied when it comes to dealing with the issue as there is not enough personnel or funding to tackle the growing problem.

“There is a huge issue with friends and family members in the UK throwing contraband over prison walls to inmates; but not in Ireland,” said Mountjoy prison officer Terry Maher. “Here, the prisons are so flush with every kind of drug imaginable that they are actually doing the opposite and throwing the drugs out to buyers”.

Already this year a staggering 4,678 prison inmates in Ireland have been caught catapulting drugs over prison walls by staff.

“Last week we caught some lads trying to throw ten kilos of cannabis herb over the east wall of the prison,” added Maher. “Seriously, have you ever seen how fucking large ten kilos of grass is? They had it in a wheelbarrow along with a 50″ Sony Bravia 4K TV that they later admitted was ‘a bonus item’ that came with the drug deal in order to compete with other gangs in the prison who are also supplying to the outside”.

The National Executive Council of the Prison Officers’ Association, who have only just deferred a strike this week after a Labour Relations Commission intervention, has blamed the ongoing security issues on recent government cutbacks.

The Government has since insisted there is “no evidence” to show that cutbacks were a contributing factor to any of the problems mentioned, but will look into it again when they are done with all the other fuck ups on their long ‘to do’ list.