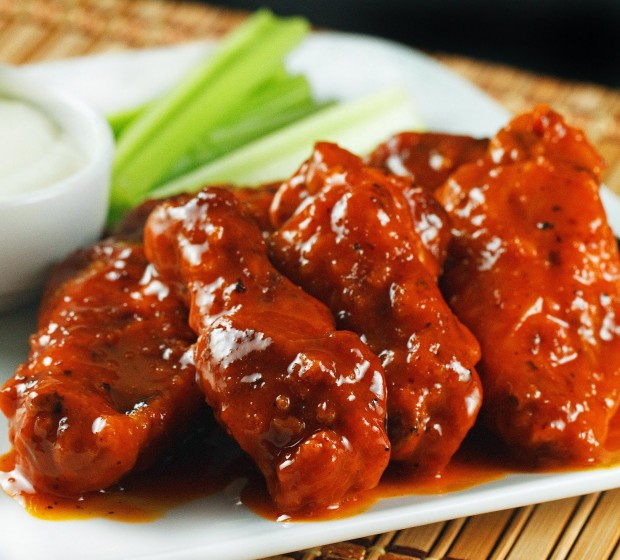 Where we were you when a chicken wing changed your life? It seems so silly now, but once upon a time it wouldn’t have even been possible for someone to walk the fabled streets of Waterford and think ‘it’s about time we did another list about chicken wings’. Gladly, that awful past when we were shackled to Catholicism is totes gone and modern Waterford’s reality is no better exemplified than in its abundance of amazing chicken wings.

Don’t let the name fool you, they stopped brushing the chicken against hairy arses in 2007 after some dry shite complained. Really great wings guys, fair play!

Don’t let the Nazi memorabilia put you off, this is the little Nazi cafe that could. The wings are to die for, and if you think you’re not the kind of person who would compromise your morals for some chicken wings just wait until you sample these.

Can’t speak highly enough of this place, it’s everything Waterford does right. Chicken wings named in honour of the fallen heroes of 1916. It just gets what Waterford is about; honouring the country’s past while making some solid fucking chicken wings. The Padraig Pearse extra spicy is probably the greatest tribute we have to the man wikipedia says was a teacher.

Despite its name, it’s actually inconveniently located for myself, which I was sure to mention to them when I was last out there. Don’t let the fact it’s not located near Waterford’s culinary mecca put you off though, honestly, I got over it. And with their unique twist on the chicken wing genre which sees big-boobed waitresses serve you the chicken from their bras, it is a great food experience and worth the trip to Ballybeg.

Although known primarily as a seafood place, this bastion of all things fishy came out smelling of chicken wing scented roses when I popped in the other day. These wings are probably the spiciest on the list, so I profess to agonizing over their placing on the list for over 7 hours. Probably the longest I’ve spent thinking about chicken wings in my life, but that’s how contentious this list can get.

That’s latin for chicken guys, and this restaurant’s take on the chicken wing will redefine how you think about the genre. I went there for the chicken wings but stayed for what it asked me about where my life was going. If it wasn’t for Pullum, I probably wouldn’t have rethought what my bike says about me.

Okay, so I know this isn’t technically a chicken wing thing, but we all know Palestine is totally getting fucked up the ass by Israel. A moment to pause and reflect on that. Just have a think about that next time your having chicken wings. Scary thing is, I could probably only do a top 3 places for chicken wings in Palestine list, such is the impoverished nature of that place. Humbling.

3rd: Wind Beneath My Wings

This is at least 4 places higher than last year and I must confess it’s largely done to the fact it has a pun in its name. Hey, I know ranking the best chicken wings in Waterford is supposed to be a serious thing, but if we can’t laugh every now and then, do we even deserve chicken wings?

Waterford’s first bring your own chicken wings restaurant is a class act. If you bring in a live chicken you can watch it go from being a squawking inconvenience all the way to becoming delicious wings. What an experience, but it wouldn’t be complete without their signature secret sauce. I’m pretty pally with head chef Anton in there and he just wanted me to reiterate that the sauce is not made largely from semen and snake blood. Guys, cruel rumours started on the internet are not cool.

Was it ever in doubt? Waterford is defined by its ability to satisfy pointless food lists and this wouldn’t be possible without the fantastic Fucking Chicken Wings. Its decor says Berlin, its staff say very little (they’re quite unhelpful actually) but its heart says Waterford. Yes, it is true to say the prices are outrageous, and only a fucking clown who thinks buying gadgets and eating out are a good replacement for a personality would eat here but…Berlin decor! The wings are ethically sourced for the frozen foods aisle in Tesco and that is a real testament to what are Waterford’s finest wings.