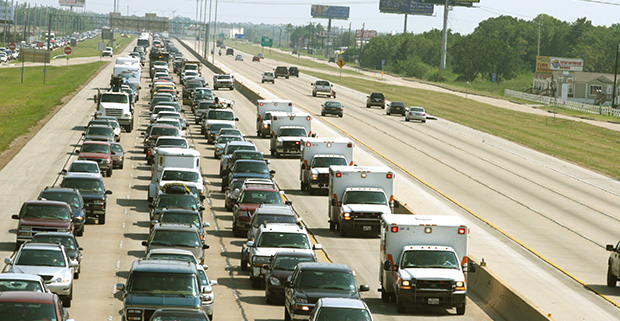 AN ESTIMATED 400,000 people have been evacuated in one of the largest operations the United States has ever seen, after the city of Cleveland, Ohio was deemed too unstable to live in due to poor foundations.

Structural engineers took just three weeks to deliver their findings after a tip off from songwriter Bernie Taupin, who made claims that the entire city was built on “rock and roll”.

An emergency meeting was called by Cleveland city council last night in light of the report, which advised members that the entire 82.47 sq mile area should be evacuated immediately as it was declared structurally unsafe to live on.

US president Barack Obama later declared Cleveland as a ‘national disaster zone’ and ordered 10,000 troops to the Ohio state to deal with the crisis.

Temporary shelters have already been made available on the outskirts of the city in a bid to ease the steady flow of now homeless people.

Engineers believe the entire city may have to be destroyed in order to secure a sound foundation for future developments.

“I just can’t understand why these buildings haven’t crumbled to the ground yet.” said one expert. “The vibrations alone from rock and roll should have destroyed them.”

Police have so far arrested eight people, including the band, Starship, who openly sang about the poor construction 30 years ago.