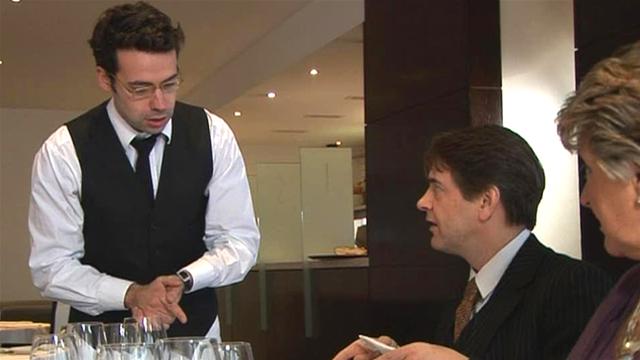 A LOCAL man claiming to be gluten intolerant today was branded a “complete fucking winger” by friends and family after recent blood tests revealed he was a perfect bill of health, despite years of stating the contrary.

Patrick Kinsella (43), from Bandon, County Cork, received his test results from local GP Dr. Charles Hackett this morning after years of uncertainty and debate among friends whether he was sensitive to wheat products or not.

“Every time we’d go out somewhere for food it was the same fucking thing,” explained long-time friend Jessica Foley. “Patrick would start by asking the waiter what dishes have gluten in them. This would usually end up in an argument with someone in the restaurant, because they couldn’t be one hundred percent sure what contained wheat or not.

“He never stops complaining. If it’s not his wheat intolerance, its his OCD – another illness, he suddenly gave himself a few years ago. The man could complain for Ireland.”

It had been long speculated by Mr. Kinsella that his “unusual bloating around the stomach area” and “irritable bowel movements” were caused by products containing wheat.

“Of course, Patrick didn’t count in the two bottles of wine and a box of fags he has every night into the equation.” hinted brother Thomas Kinsella. “The only thing that cunt is intolerant of is exercise!

Allegedly, gluten intolerance, or Coeliac disease, is a genetic autoimmune disease that damages the villi of the small intestine and interferes with absorption of nutrients from food, and affects 9 in every 10 people who hear about it. However, the actual statistic is believed to be far less, with one in every 100 people in Ireland affected.

“We find that many people self-diagnose themselves with the disease by means of an internet search,” said head of The Coeliac Society of Ireland James Caffrey.

“If people believe they have symptoms, they should go to their local GP for a quick blood-test, before making embarrassing scenes in restaurants.” he added