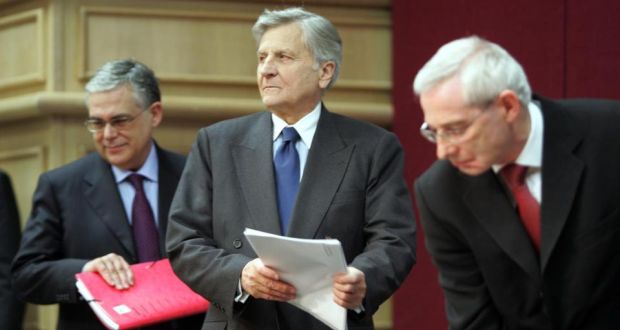 THE Irish public have been quick to remind each other, nothing will change following the release of the controversial Jean Claude-Trichet ECB letter to former minister for finance Brian Lenihan.

Passages of the letter have been interpreted by almost everyone in the media to infer a veiled and villainous threat issued by part time Bond villain Jean Claude Trichet to the innocent and vulnerable nation of Ireland.

Despite the clear inference in the letter that Ireland would be bundled into the back of a van, driven up to the Wicklow mountains and forced to dig its own grave at gunpoint, it is believed the publication of the letter will change absolutely nothing.

“It’s regrettable it was written in ink and written on paper, if water was used in the process somehow, protesters might mobilise,” explained journalist and commentator Fiachra Fada.

It is expected that the coalition Government, who counted in their ranks staunch opponents to the bank guarantee and terms of subsequent bailout loans before coming to power, will not use this information now in the public domain, to pursue action against the ECB.

Men, women and children around the country have been quick to remind one another of the old saying ‘don’t get your hopes up, that shower of wankers in Leinster House won’t grow a backbone in a hurry’.

The public’s decision to lower expectations to historic lows has proved to be a wise move and opposition TDs have confirmed they won’t do much about it either.

“We feel very passionately about bringing this issue up in the Dáil and giving out nonstop, but in the event of us taking to power we’ll pretend we never said anything as is the custom in Irish politics,” confirmed a Sinn Féin spokesperson this morning.