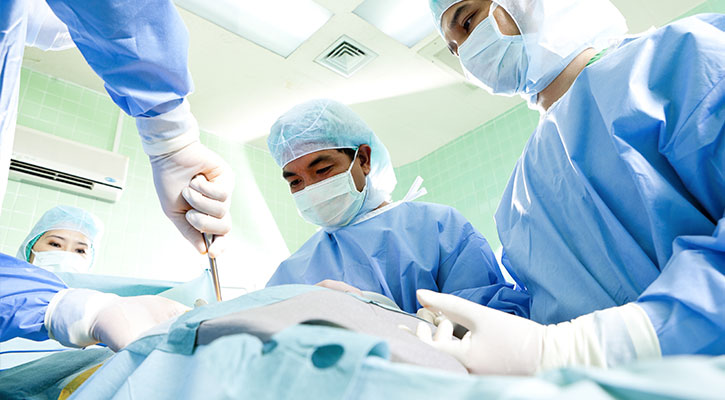 SURGEONS at the Mater Hospital in Dublin are today celebrating a groundbreaking medical achievement, after yesterday’s successful removal of a song that had been stuck in a man’s head for over three years.

Clare man William Henderson was said to be in a stable condition this morning, with doctors confident that he will make a full recovery.

The 31-year-old had been humming “Moves Like Jagger” by Maroon 5 since its release in June of 2011, and despite years of listening to thousands of songs, was declared medically unable to get it out of his head.

With the earworm causing Henderson both emotional and physical distress, his GP referred him to a team of specialists in the Mater, who following months of preparation were able to surgically remove the annoying tune.

“It took almost 18 hours of surgery, but we were able to locate the synapse of Mr. Henderson’s brain, which contained the song, and burn it off with a laser,” said Dr. Val Maidene, senior surgeon at the pioneering Song Removal clinic.

“We managed to remove the tune without damaging any of the patients other memories, such as his PIN number or his First Communion. We are hopeful that Mr. Henderson will be back on his feet by tomorrow, and will be able to return to work for the first time in over a year, where his career as a solicitor had been badly affected by his constant humming of the Christina Aguilera bit”.

With the announcement of the successful procedure Dr. Maidene expects many more affected people to come forward for help, with his next patient, a Carlow woman who has been humming Boom Boom Boom Boom by the Venga Boys since 1998, scheduled for surgery this coming Friday.