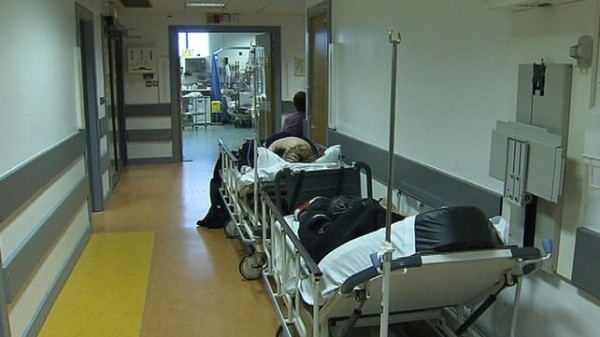 ALTHOUGH the HSE was only established in 2005 it has today proudly announced it has neglected its 1 millionth patient, much to the chagrin of every overworked front line staff member.

It has come as a shock to the people of Ireland that it has taken so long for the HSE to reach such a figure considering the near constant stream of news relating to waiting lists, closures and overstretched services.

“We admit we’re maybe behind on nine or ten thousand targets,” explained the minister for health Leo Varadkar, “but trust me it’s only going to get worse after the budget”.

The 1 millionth patient, Henry Tracey, was not treated today at University Hospital, Limerick due to what nurses there are calling ‘serious overcrowding’.

Henry Tracey arrived late last night complaining of dizzy spells, but was unable to secure a bed as they were none available.

While the HSE has not confirmed Mr. Tracey’s prize for being the 1 millionth neglected patient, speculation has suggested they might cut down his waiting time from nine to eight hours and try to keep that violent drunk who keeps shouting a safe distance away from him.

With some 360,000 people on waiting lists the HSE is set to meet all neglected patient targets in the coming months while simultaneously adding to the stress levels of a stretched workforce in desperate need of support.

With a shrinking and unrealistic budget, it is thought things like turning off an MRI machine at weekends, as is the case in Galway, will become more commonplace pushing Ireland ever closer to being the best worst place in the developed world to be sick in.