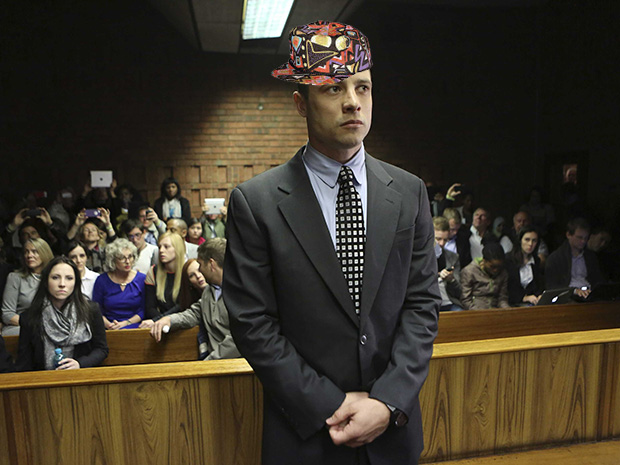 SOURCES close to South African Olympian Oscar Pistorius have announced that he will spend some time living with relatives in America, following his shocking acquittal this morning of the premeditated murder of his girlfriend Reeva Steenkamp.

Pistorius, known as The Blade Runner, faced life in prison following the death of his supermodel girlfriend in February of 2013. Steenkamp was shot several times through a locked bathroom door by Pistorius, who claimed in his defence that he mistook her for an intruder.

Following a lengthy and often dramatic trial in the South African city of Pretoria, Pistorius was found not guilty, upon which his family decreed that for his own safety, was to go live with his Auntie and Uncle in the wealthy Los Angeles neighbourhood of Bel Air.

“Oscar is lucky to have escaped the murder charges” said Pieter Vorstedt, close friend to the Pistorius family.

“In an effort to protect him from any further trouble, he will go to stay with his mother’s sister and her husband, and his three cousins who he has never met. The trial has highlighted several troubling aspects of Oscars personality, specifically his anger management issues and enthusiasm for firearms, so it is hoped that some time in America will do him some good”.

Marjorje Rudd, Pistorius’ aunt on his mother’s side, has agreed to accommodate the troubled athlete during his stay, much to the chagrin of her husband Arjen, a senior partner in a prominent LA law firm who only agreed to the stay to please his wife. Their three children are said to be looking forward to meeting their cousin for the first time.

“The family are fairly down to earth” said Joseph Marcell, who has been the Rudd family’s butler for ten years.

“But they are well aware of Mr. Pistorius and his dramatic recent past. Mr. Rudd has expressed concerns that Oscar will be a bothersome addition that will clash with his own straight-laced personality, but the kids are looking forward to their famous cousin shaking things up a bit”.

Sensationally cleared of all premeditated and second degree murder charges, Pistorius must now wait to see if he is found guilty of culpable homicide, or manslaughter. Upon being cleared of these charges as well, the famous athlete will then whistle for a cab and make his way to Bel Air.