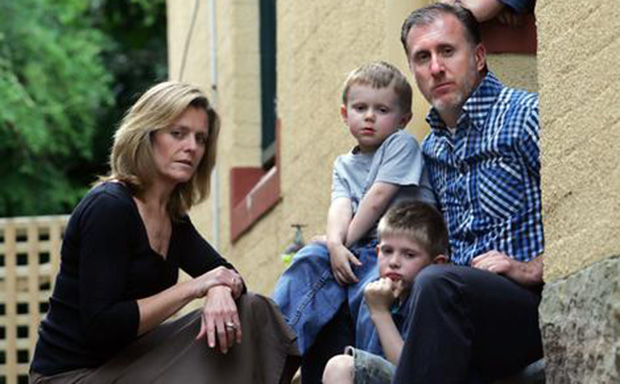 WWN has learned of a lucky escape for a vulnerable spider and his offspring after a deadly Carlow family was removed from his home.

Horrified inspectors, part of the National Exotic Human Sanctuary (NEHS), stumbled upon a family of five attempting to make an innocent spider’s home their unholy dwelling.

Deadly creatures including ‘Dad’, ‘Mom’ and ‘children’ were found nestled on top of a couch directly below Martin the spider’s family home which has expanded in recent years to spread across to light fixtures.

“We’ve had a very lucky escape,” Martin the spider told WWN, “you hear about this stuff all the time on the news, but you never think it’ll happen to you or your family”.

Martin’s biggest fears were realised when he woke to find ‘Dad’ began emitting toxic gas from his anus, something the Carlow male is known for, threatening the very lives of his entire family.

One of the children, a less deadly member of the Carlow family, was seen reaching into an opening on her face known as the nose. She dragged the contents out of the opening, looking at it for some time, before deciding to drag it over various surfaces in an attempt to leave it there, presumably marking her territory.

“I’ve been told the Carlow variety of Dad is the most deadly, so I just got straight on the phone to the NEHS and they thankfully they arrived before any real damage was done,” added Martin.

The NEHS were on the scene in the minutes and emptied out Martin’s dwelling of a Carlow family and humanely put them down at a nearby facility.

“Back to the normal, stress free life now for me and my 1,000 children,” said a relieved Martin.

For more information on deadly Carlow families and where to report any sightings of them click here.