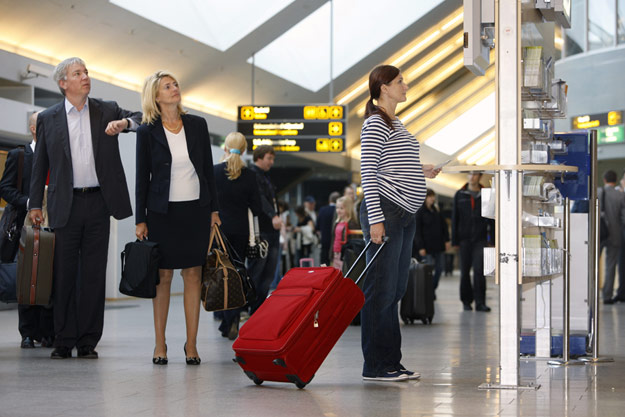 A NEW study has shown a significant increase in the number of pregnant women flocking to Ireland from overseas, in a bid to take advantage of strict anti-abortion laws. Figures show the majority of the women come from the UK, but many flock from mainland Europe, where abortion is a perfectly legal option for a pregnant woman.

Women, hysterical and emotional creatures who lack the ability to decide what is best for themselves, find that leaving their home country and going to a place where abortion just isn’t an option is the best course of action when they find themselves in a situation they can’t begin to understand.

The trips, dubbed “pregnant holidays” by some commentators, usually begin during the first trimester, and last either for the duration of the pregnancy or until the fetus becomes capable of not dying outside the womb, in which case labour is induced or an emergency caesarean section is performed.

“Abortion is perfectly legal in my country, but as a woman I obviously can’t be trusted to make my own choices about my body,” said one 29-year-old girl from London, who we’ll just assume to be a total slut who doesn’t even know who the child’s father is.

“So when I learned I was pregnant, I got the boat to Ireland, where I wouldn’t have to worry myself about being incapable of making tough decisions, because someone will make all of them for me. There’s just too much choice back home, so it’s best to be in a country where if you’re pregnant, you’re treated like the walking incubation vessel that you are”.

The rise in Pregnancy Vacationing has been welcomed by several Irish Pro-Life organisations, who have set up several websites to provide information about Ireland’s stance on both abortion and women’s basic human rights. Pascal Maguire, head of the Cailin Amaideach institution, has issued a statement in which he invites any woman who allowed herself to be in the middle of an unplanned pregnancy to come to Ireland and gestate.

“We’ve got some of the world’s most comprehensive lack of options for pregnant girls, right here in Ireland” boasted Maguire, a 55-year-old bachelor.

“Having an abortion is 100% guaranteed to ruin your life forever, and when you’re pregnant your hormones will play all kinds of tricks on you, telling you that you can’t cope with having a baby and trying to convince you to have a termination. Women in other countries can easily attend abortion clinics and receive proper advice, support and counselling to help them make their own decisions… In Ireland, you don’t need to decide if you’re in the right state of mind to carry a child to term; we have a panel of people to decide that for you”.