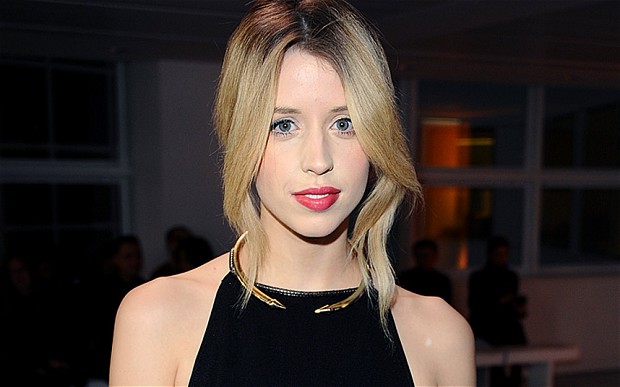 The media have confirmed that mother of two Peaches Geldof will no longer be referred to with any semblance of empathy or afforded any dignity following confirmation from an inquest into her death that she had been taking heroin.

“Sometimes you idiots don’t know what you need to get from certain news stories, so we take little nuggets and feed them to you, in the vain hope you won’t choke,” read a joint statement from the editors of several prominent tabloids.

Newspapers, which count hounding and stalking celebrities amongst their core values along with journalistic integrity, have chosen to lead with headlines that read ‘Peaches Geldof Was A Heroin Addict’.

Variations of these headlines sit proudly alongside coverage of her initial death, which saw journalists arbitrarily collate tweets which decried Geldof’s apparent drug use and then criticised the people responsible for the tweets, calling them ‘despicable’. It is not thought any of this coverage is eligible for this year’s Pulitzer Prize.

Many readers of newspapers admitted they were confused by some of the media’s coverage.

“I don’t understand, I thought this was supposed to be a tragic loss of young life, a loss for her young children, but now the media really want me to dwell on the fact this woman suffered from a crippling addiction, I’m confused as to what they want me to think. Maybe they should just print ‘you should hate her’ on the front page instead,” confused reader Sarah Dunne remarked.

“That’s the way the media works,” responded one journalist as he winked at this reporter. “It’s our responsibility to the public to allow them to pour over the sordid details of someone’s personal life. We also like to confirm for them that they should probably intensely judge at every opportunity”.

“21st century media is a credit to society,” explained freelance tabloid journalist Richard Head, “we’re just trying to foster and validate a ‘valley of the squinting windows’ approach, but with the technology today, from that window, you can watch in HD, live-tweet, live-judge, the works,” explained the journalist masquerading as a human being.

As of yet no complaints have been made to broadcasting authorities over the coverage as the public are busy reading over the inquest details.

Several tabloids are already hard at work collating all their coverage in a scrapbook for the Geldof family.