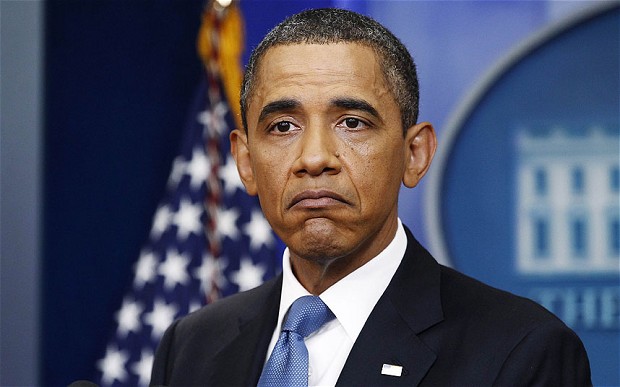 With fire being exchanged between Israeli forces and Hamas for more than a week, a tenuous ceasefire looks far too brittle to protect innocent civilians caught in the crossfire prompting a number of Palestinian children to ask US President Barack Obama if he remembers winning the Nobel Peace Prize.

Gaza has yet again been subjected to an unrelenting barrage of bombing resulting in the deaths of as many as 170 innocent civilians, some of whom were children.

“We’re just genuinely curious if he remembers winning that Nobel Peace Prize, he seems kind of reluctant to get involved,” queried 9-year-old Aamil Ahmadi as he crouched under his kitchen table seeking out safe shelter.

Aamil’s appeal to the Leader of the Free World comes after similar pleas were made by the people of Syria, Crimea and Iraq as well victims of drone strikes in Pakistan and Yemen.

A spokesperson for the White Office said that he would ask Aamil’s question on his behalf when he next saw the US President, but admitted “freeing Palestine from its apartheid shackles would totally fuck up our chances of getting campaign funding for the Democrats. We’d be dead, figuratively speaking, it’s much easier to cope with Aamil being literally dead”.

WWN reached out to Thorbjorn Jagland, president of the Noble committee, for comment earlier this week, seeking confirmation Obama is aware he had once won the Nobel Peace Prize.

“Ha, yes I feel I may have jumped the peace-gun on this one,” an embarrassed Jagland admitted, “when the committee convened in 2009 we had a feeling he was the type of guy that wouldn’t stand by and allow a 40-year-old occupation to continue unabated. I literally said that in the meeting that first day, just ask the other guys on the committee. Boy was I wrong.”

While many close to Obama have stated his hands are tied and the situation requires nuanced political thinking, they additionally pointed out that individuals who criticise the President should bear in mind that ‘those campaign posters of his were pretty cool’ and that ‘he knows Jay Z and Beyoncé’.