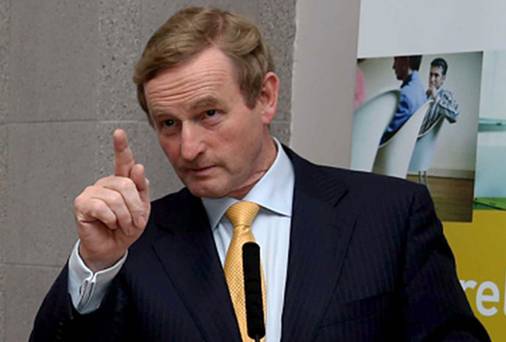 The Department of the Taoiseach is under fire following the news that it has used as many as 261 interns as part of the JobBridge scheme.

The spokesperson went on to concede that the Department of the Taoiseach had in fact completely ‘taken the piss’ out of 261 interns, made up largely of highly skilled and qualified individuals.

“Listen, it was great craic seeing their little faces when they copped on to the moratorium,” the spokesperson said, discussing the fact that, although the JobBridge scheme was set up to help job seekers gain full-time employment, the Government has a moratorium on recruitment meaning no intern had the chance of being retained by the Taoiseach’s department.

The spokesperson then showed WWN a series of photographs of the interns, which detailed the times they were reminded they would not be taken on permanently.

Some people have defended the department, stating that the experience gained during their time in the department would help them in the long run. JobBridge advocates cited the fact that individuals were afforded the chance to fill the roles of policy analyst, policy researcher and in one case taking the position of Minister for Health when James Reilly got lost on his way back from the toilet.

“It’s great isn’t it, we have people thinking individuals working and studying in a relatively prosperous western Nation should accept that full-time paid positions just don’t exist in the modern economic landscape,” the spokesperson cheerily replied.

It is believed the Taoiseach will use a number of JobBridge interns to fill junior ministry positions today.