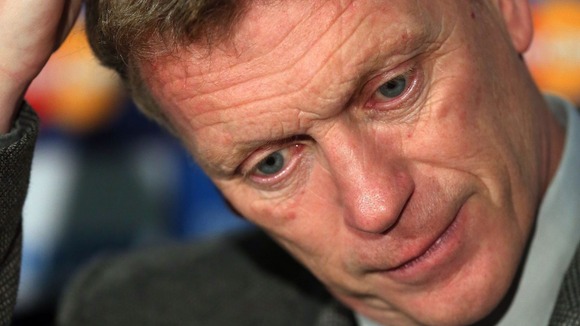 Spectators, who witnessed an altercation between David Moyes and an as yet unnamed 23-year-old in a wine bar have today criticised the former Manchester United managers’ performance as being weak and lacking conviction.

Moyes, who was ousted from Old Trafford after a single disastrous season, had been socialising in the upmarket Emporium Wine Bar in Lancashire when he was met with mockery from a man at another table. This morning, barman and amateur sports pundit Vince Ellar gave his account of the confrontation.

“It was a typical Moyes performance” said the 39 year old bartender, in an exclusive interview with all the major news outlets.

“Straight away, his defence was all over the place. The other guy was flanking him with jibes about Uniteds poor result in the league last year, and Moyes just had no answer for him. The argument was nearly finished before it started, due to Moyes simply not having any control over the situation. The other guy ran roughshod over Moyes, who seemed completely out of his depth”.

Following a trouncing in the first half of the skirmish, Moyes had no other choice but to go on the offensive, launching himself at his opponent in a fashion that customers in the bar described as half-hearted and without any real plan of attack.

“If you want my opinion, Moyes should have been taken off in a taxi following the first half of the incident” said 23 year old student Iksha Darshan, who outside smoking and witnessed the scrap.

“He was completely outmatched. Moyes was throwing slaps left and right, but didn’t seem to have a coherent plan. It was as if he had failed to communicate with his fists as to what he wanted them to do, and as a result the assault was ineffective. It made Moyes look like an amateur, to be honest”.

Although detractors of Moyes are now calling for him to be removed from any further barroom brawls, it is believed that he will be given another chance to turn in a performance befitting of an angry Scotsman during visits to the pub at the upcoming World Cup.