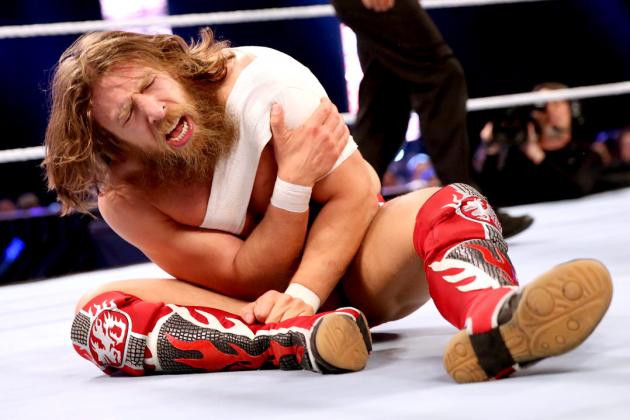 The debilitating shoulder injury which had dogged WWE Superstar Daniel Bryan miraculously healed itself on his way to Heavyweight Championship victory during his match at Wrestlemania 30 last night.

The new champion had bore the vague injury for several weeks, during which time every single wrestler he faced targeted the prone area to the extent that Bryan was unable to raise his arm to do his trademark “Yes” chant.

A medical breakthrough occurred halfway through the headline event, watched by millions worldwide. Tired of the constant assaults visited upon it by fellow challenger Batista and then-champion Randy Orton, Bryans shoulder, apparently decided that it had enough of this whole “being injured” shit.

“Daniel Bryans shoulder had been viciously assaulted to the point that he could barely execute any offensive moves. He was literally on a stretcher at one point. Then all of a sudden, he’s back to a full range of arm motion again! I would have thought constantly having an injured limb wrapped against a ring post would injure it further, but what would I know? I’m no arm scientist”

Dismissing the crushing agony of the injury he’d carried since March, Bryan scored an emphatic submission victory on hated rival and total prick Batista before parading around the ring holding his championship belts, high in the air despite not being able to lift his hand above waist level mere moments before.

The sight was welcomed rapturously by the WWE fans in attendance who had been bitterly disappointed earlier in the night during The Undertakers loss to Brock Lesnar, when several thousand people simultaneously forgot the scripted nature of wrestling.