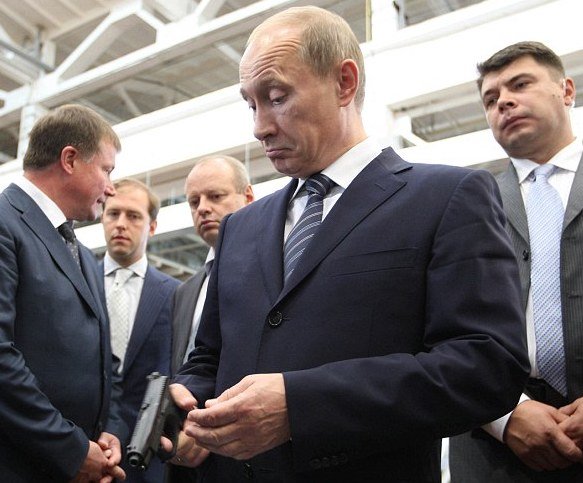 Numerous media outlets are reporting Russian Prime Minister Vladimir Putin has decided he might as well invade other countries while he’s at it.

Following the successful annexation of Crimea it is believed Vladimir Putin has developed a fondness for entering sovereign nations and doing whatever he wants to do.

“Well, we do have the whole entire army mobilised,” Putin is believed to have said, appearing as if he had only just thought of invading Poland in that very moment.

In scenes reminiscent of when Kevin McCallister realises he is ‘Home Alone’ equally cherub-faced Putin has decided to let it all hang out going as far as planning to invade Poland and have ‘a bloody good time’.

With the West’s leaders unable and unwilling to have a meaningful say in any of Russia’s actions Putin is said to full of sugar, gorging on Ice cream safe in the knowledge no wrap on the knuckles is in the offing.

Moscow insiders say Putin is facing a crisis of decision making when it comes to what footwear he will wear upon crossing over into Poland.

Putin is believed to have told the BBC he will wear army issue boots, but will choose to wear formal to semi-formal trousers.

“Poland seems the obvious place to gently usher toward the bosom of Mother Russia,” Putin is believed to have told Army officials, “the West seemed so universal in their indifference toward my actions in Crimea I feel like I owe it to them to do this,” he concluded.

Russian official deny claims that Putin closed his eyes and randomly pointed his on a map, landing on Poland.

Closer to home the Irish government has put in place an emergency plan on the off chance Russia will push further West. A 300-page report seen by WWN states that Ireland’s best option is to ‘play it cool, relax and pretend like they’re not even here’ in the event of an invasion.