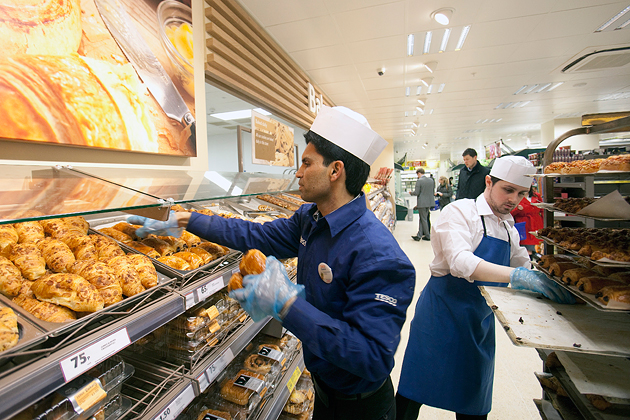 A NEW study claimed today that everyone living in the UK and Ireland will eventually end up working for supermarket giant Tesco in the next 20 years.

After a five year study into economic and global trends, researchers at Oxford university estimate there will be over 250,000 branches of the British-owned multinational grocery in Ireland, thus employing just about everyone on the island.

“Unemployment will be non-existent by 2034 thanks to Tesco’s continuing expansion program,” said lead researcher of the study Prof. Gary Kent. “People of all ages and abilities will be guaranteed a position somewhere in vast array of warehouses and stores”.

The news comes just days after the retail chain announced its decision to print its own currency called the Tescon, in what it says is “a bold bid to erase the Euro”.

The new currency, which will keep the brands blue, white and red trademark colour, will be introduced in all its stores across the world early next year, and will come at the fraction of the cost of its competitors.

“The Tescon aims to phase out all other currencies by the year 2020,” confirmed CEO Philip Clarke earlier today.

The superstore, which already owns the deeds to several European countries, including Luxembourg, Liechtenstein and Andorra, said it also aims to purchase the island of Ireland by 2025, and all of the country’s debt from the EU and IMF.

“The Irish people are hard workers and we would be delighted to get every single one of them on our payroll,” said Clarke.

“After all Tesco is an equal opportunities employer,” he added.