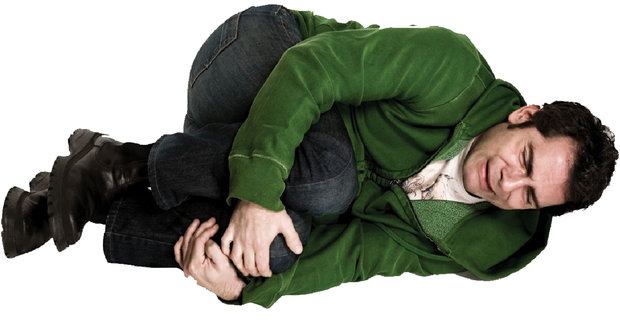 The vast majority of Irish men will engage in some form of wailing and crying this weekend as Brian O’Driscoll plays his final match in an Irish shirt on home soil.

After Ireland play Italy this weekend O’Driscoll will have one final opportunity to wear the green of Ireland against France in Paris in what the centre will hope is a championship clinching win.

The media machine has gone into overdrive as it grapples with the legacy left by Ireland’s greatest centre. For the common Irish fan, rugby however, they will simply be too emotionally devastated to critically appraise O’Driscoll’s career, opting instead to openly weep as he leaves the field of play.

“I’ve found work tough this week if I’m being honest,” self-confessed BOD lover and rugby fan Morgan Killen shared with WWN, “I’ve tried to come to terms with but…no sorry we’ll have to stop I’m off again,” an emotional Morgan said before bursting into tears.

Morgan is just one of countless male supporters who can’t imagine an Irish rugby team without Brian O’Driscoll. A number of wives and girlfriends, who will also feel the strains of sadness, are preparing for their partner’s refusal to leave the bedroom and cries of ‘you don’t understand!’

Several strange stories have emerged this week as the Nation as a whole prepares itself for the eventuality of O’Driscoll’s retirement with one fan deciding to get ‘BOD is my shepherd’ tattooed across his face.

“I might be 6 foot 5 and weigh 16 stone, but that doesn’t mean I won’t pull a muscle from all the crying I’ll be doing once he hangs up his boots,” shared the tattoo owner and life long BOD fan Cormac Devine, “I’ve got a few strange looks this week but how else am I expected to show my misplaced homoerotic affections?” concluded Cormac as he struggled to hold back the tears.

Midwives in a number of hospitals have reported a 1000% increase in the number of children being named ‘BOD’ in the recent weeks. “A number of rather agitated and understandably emotional fathers have insisted their sons and in some cases daughter be named not Brian but BOD,” Joanne Dunne chief midwife of Holles Street hospital told WWN.

If you are struggling to come to terms with Brian O’Driscoll’s retirement the IRFU has set up a helpline to help people cope with the outpouring of emotion. The number is 01 6473800.