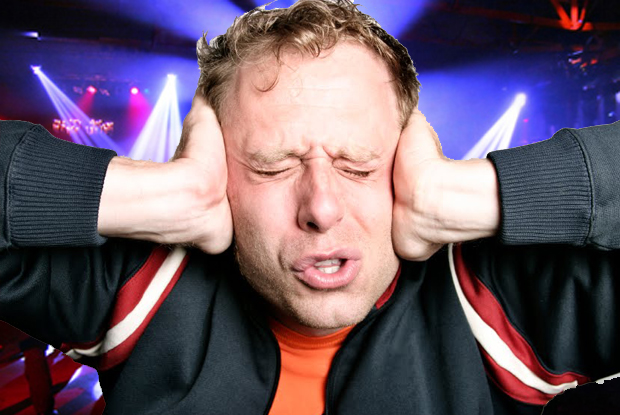 AGEING Waterford man Anthony Reilly said he was left ‘distressed and anxious’ in a local disco-bar last night when he could not, ‘for the life of him’, hear anything his friends were talking about over the ‘loud music’.

The 34-year-old grandson of four told WWN that he had to leave the pub early out of disgust, stating he might as well have sat there drinking on his own.

“The whole bar was just shouting at each other,” recalled Reilly. “I found myself going to the toilet every ten minutes to wipe saliva from my face. I was even contemplating going back on the fags so I could sneak out for a proper conversation.”

Mr. Reilly was out celebrating the birth of his work colleagues first born child last night when it was decided by a younger co-worker to head to a late-night disco bar.

“There was some goon playing cheesy chart shite I never heard of. Young wans would jump up out of their seats when a familiar song came on. The place was like a cattle mart for the hearing impaired. I seen one couple resorting to charades to communicate.” he added. “Give me a quiet pub with good conversation any day.”

A recent study carried out in the US found that 98% of men and women over the age of 30 are incapable of multi-listening, rendering them completely useless in high decimal social occasions.