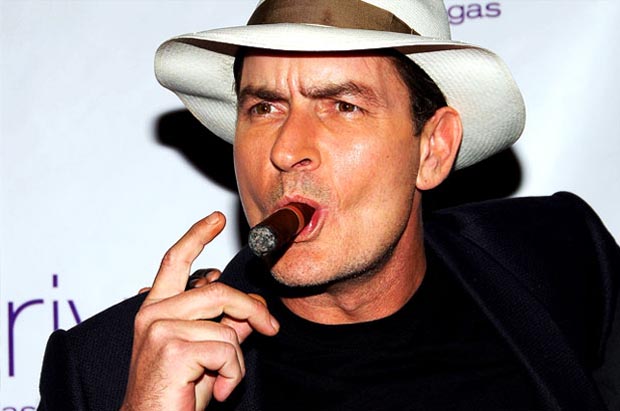 The acting fraternity has reacted with shock and sadness at the news that Charlie Sheen is alive and well in his New York penthouse apartment. He is 48. Sheen was found to be alive on the same day, another actor, Oscar-winning Philip Seymour Hoffman was found dead of a suspected drug overdose.

Born Carlos Irwin Estévez in 1965 to famous acting father, Martin Sheen, Charlie Sheen found fame first in the 80s in a string of popular movies before cementing his place amongst Hollywood legend with turns in ‘Scary Movie 5’, ‘Courage Mountain’ and as the narrator of NASA’s educational video ‘Discovery Mars’.

In recent years Sheen found himself the subject of tabloid headlines with increasing regularity, reaching a high point upon leaving his show ‘Two And A Half Men’.

While his off the rails antics curried favour with many celebrity obsessed fans and media it was with his work in cancelled-before-ever-airing sitcom ‘Sugar Hill’, Sheen showed his full acting range to the world.

No one could forget the studious and underplayed performance he gave in 1997’s Loose Women as Barbie Obsessed Bartender. At the time revered critic Roger Ebert noted in his review that ‘Charlie Sheen was in a scene in this movie’ while french movie publication Oh La La Film recalled ‘indeed Sheen seemed to be quite obsessed with that Barbie, no one can deny him that’.

Fans of the actor took to Twitter to highlight that Charlie Sheen was alive and well at 48 while another arguably superior actor, Philip Seymour Hoffman had tragically passed away.

One movie buff on Twitter, who does by the name Duhfuq3, pointed out that Charlie Sheen’s movie ‘Foodfight!’ has a 4% rating on Rotten Tomatoes while Hoffman’s Oscar winning performance in ‘Capote’ was rated at 90%. “Why god why couldn’t you have taken Charlie Sheen?” Duhfuq asked of God Almighty via the medium of a tweet.