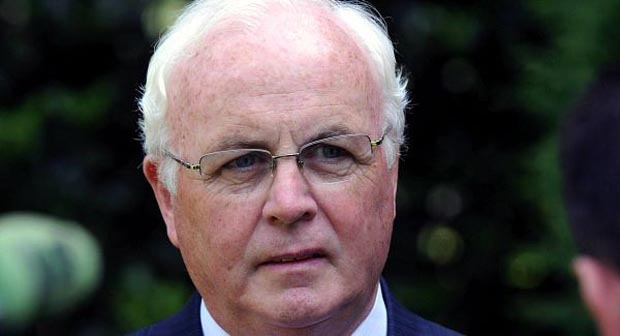 CHAIRMAN of the National Assets Management Agency Frank Daly defended recent leaks today, stating that its members thought corruption was all part of being a government body in Ireland.

Pressure mounted on NAMA for full disclosure of alleged suspicious transactions by its former officials, who leaked sensitive commercial data to a number of outside companies.

“Isn’t that what state agencies do?” posed Daly, who was speaking exclusively to WWN in a secluded car park owned by the agency earlier. “You scratch my back and i’ll scratch yours – that’s how I thought this whole government system worked.”

“Farreller (former employee Enda Farrell) was only doing his job in my eyes.” he added.

Mr. Farrell is currently under investigation by fraud detectives into a number of department leaks, which benefited investors looking to profit from NAMA assets.

Sources at NAMA said it was naive of the nation to believe that a state run agency would not try its hand at ‘making a quick buck’ out of the €74billion in assets acquired by the body.

“I think every Irish person would struggle to deny themselves a piece of the pie.” insisted one source. “This nation was born on backHanders and greed. I think it’s time we legalised and regulated insider trading and corruption in this country.”

“It would be a shame not to – we are so fucking good at it.” he concluded.