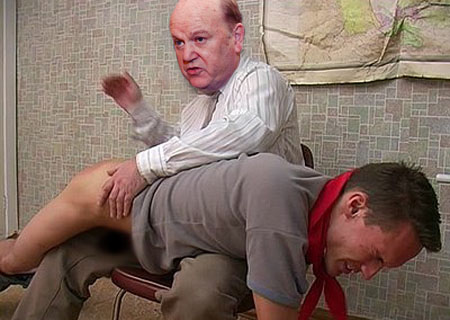 Thousands of people up and down the country are ‘loving’ the details of the Government’s budget for the coming year as it is unveiled live on television.

The Government have made Edward Snowden’s leaking of NSA files look like amateur hour as they have offered up almost every last adjustment to the media in the build up to the budget’s official unveiling today.

These leaks have still left many thousands unsatisfied and those seeking more cruel but gratifying punishment will hang on every word from hangdog Minister for Finance Michael Noonan.

Budget announcements have, in the past, proven fertile ground for the Nation’s masochists as they wring out pleasure derived from continued punishment and humilation. Self-confessed masochist, Ed Farrelly spoke to WWN about the highlight of his year.

“It is a real thrill, all that pain and suffering… tax that, cut that oh I’ll have to stop or I’ll set myself off” admitted Mr. Farrelly. A government warning was sent out to Ireland’s masochists informing them not to overdo it this year as ‘there is plenty of stuff to go on for you lot, don’t go overboard’.

It is reported that a number of sadists and actors hold budget day close to their hearts too with a large concentration of them found in the department of finance and the houses of the Oireachtas.