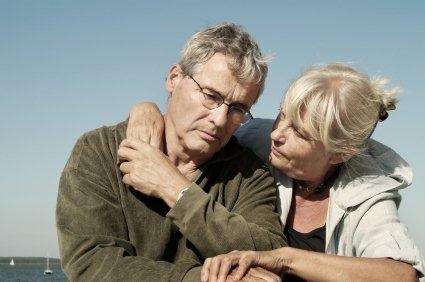 A COUNTY Waterford couple won ‘fuck all’ in last nights lottery worth nearly two and a half million euros, they announced yesterday evening.

Martin Clooney (49) celebrated absolutely nothing with his wife Theresa (46) today and admitted the whole thing was starting to become ‘very depressing now’.

The husband and wife said they constantly dream about collecting their winnings from the National Lottery offices in Dublin while spraying champagne on random strangers and holding a large cardboard cheque with their names on it.

The part-time barman told WWN that he doesn’t know how much longer he can take not winning the lottery, and hinted that he may turn to drug dealing or theft to build some kind of decent life for himself and his family.

“What makes me sick is the people who have tonnes of money, most of whom are milking it off the thick layer of corruption that is oozing quite steadily in this country.” he explained. “It seems like if you are in anyway honest or law-abiding, you don’t get anything here.”

“Its only fools like us who will remain broke and miserable.” he added.

Despite them winning ‘fuck all’, the pair said they aren’t eager to give up work right away.

“Sure you have to be doing something.” said Theresa Clooney. “Fuck my life.”

The couple played their €15 Quick Pick ticket in The Hyper Market in Waterford City on Tuesday last. They said they will keep playing the draw every week, even though they know its just another back door sham to tax the poor and vulnerable.