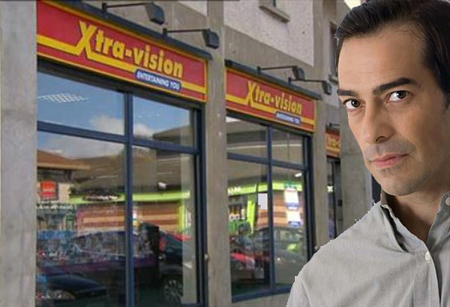 A COUNTY Waterford man admitted today that he only goes into Xtravision to get movie download ideas.

Adrian Kehoe told WWN that he regularly browses his local outlet, but never actually rents or buys anything.

“I would usually just write down the names of the movie on a piece of paper.” he said. “Sometimes I would just stand there and eavesdrop on staff and other customers in the store to hear what they have to say about films they have seen.”

The 34-year-old said he would then go home and search for the movie torrents online and download ‘the fuck out of them’.

“There’s nothing wrong with it sure.” he explained. “Them celebrity cunts are making millions anyway.”

However, Xtravision spokesperson, Michael Wise,  slammed Mr. Kehoe’s tactics, stating that copyright piracy is a crime and put the question to the Waterford man: “Would he steal a car?”

To which Kehoe replied: ” Yes. Yes I would.”

Xtravision, who are currently going into receivership, advised potential movie idea thief’s to stay away from their store, and implemented a 5 minute rent or get the hell out rule, in all of its stores nationwide.

“We can’t be accommodating pirates in any of our retail outlets.” said Mr. Wise. “They are directly funding terrorism by downloading files from the internet.”

Experts believe that for every gigabite of film downloaded, 30 people are killed due to an act of terror, part-funded by pirates who distribute the movie.

Earlier this year, the FBI released a statement claiming that well known movie pirate, JAYBOB, was the main financial backer to Al Qaeda.