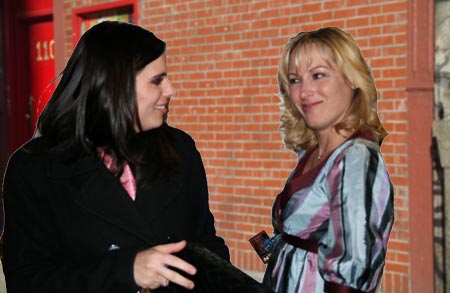 THOUSANDS OF ‘knowing’ Daft Punk fans were said to be secretly nodding at each other on the street in anticipation of the French duos up and coming new album, it has been revealed this week.

The gestures follow the unveiling of Daft Punks preview trailer for their new album, ‘Random Access Memories’, which has been already shared 3 million times on numerous social media sites around the world.

“I think I was the first one of my friends to share the ‘Get Lucky’ preview video.” said fan, Michael Ryan. “Its the kind of share you don’t need to comment on, just let it speak for itself.”

“If people don’t know what it is, then they don’t deserve to know.”

Mr. Ryan explains that since the announcement of their comeback for this coming May, Daft Punk fans have been secretly greeting each other in public with knowing gestures.

“You will catch fellow fans glancing in your general direction when you pass.” he said. “You just know that they know, and all that is needed is a slight wink or a nod.

“I’m a nod man myself, but I have seen a few hat tips over the past few days.”

The die-hard fan urged others to remain suttle in their gestures and not give the game away.

“I did get a ‘Technologic’ comment from an over-excited shopkeeper yesterday.

“You know its coming nearer the time when that kind of thing happen’s.”

“Even the Angelus is using the bells from the ‘One More Time’ track.” he added.

It is not known exactly how many Daft Punk fans there are in circulation in Ireland, but music experts believe they are well into the hundreds of thousands.