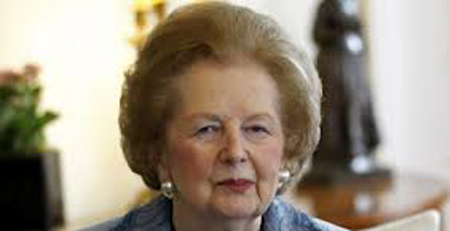 A MALIGNANT tumour is expected to leave hospital later today after a successful removal of a Margaret Thatcher, sources said last night.

The four-month-old growth was admitted last week to have the operation.

Doctors said the tumour was doing well and should be fit to leave hospital shortly after lunch time to “convalesce privately.”

Tests will now be carried out to discover whether the Thatcher was aggressive or superficial.

Sinn Fein leader Gerry Adams expressed deep concern for the lesion’s welfare and was critical of the doctors decision to remove the Thatcher so suddenly.

“Little is known about the operations side-effects.” he said. “I think they should have left the tumour fester, until more tests were carried out of course.”

Sources say the 145lb Thatcher – the biggest of its kind ever recorded in Europe – was removed after a four hour operation in an undisclosed Central London hospital on Friday afternoon.

It is expected the medical anomaly will be put on public display for at least another few years, before it decays completely.